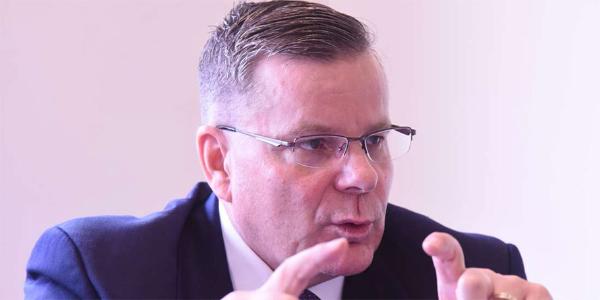 An American PE firm is in the country scouting for wealthy Kenyans to invest their way into an American citizenship through the US immigrant investor visa programme.

Interested locals will have to fork out Sh51 million ($500,000) in order to qualify for the investor visa, commonly known as EB-5 (employment based-fifth preference visa).

It was created in 1990 under the administration of the late US President George H.W. Bush to stimulate the country’s economy through job creation and capital investment by foreign investors. The US issues 10,000 such visas every year, in the past largely utilised by Chinese investors.

Qualifying Kenyans will also pay Sh2 million in legal fees and an extra Sh4.6 million ($45,000) in investment management fees to Atlantic American Partners, the PE firm managing the investment on behalf of the applicant.

Atlantic American managing director Daniel Ryan told the Business Daily on Tuesday that the firm has already registered interest from about 100 Kenyans looking to take advantage of the window to get permanent residence.

Related Content
US senators seek to slam Green Card immigration door
Net migration to Britain falls in 2016 as EU citizens leave
US visas issued to citizens of Trump travel ban nations decline
“This kind of visa is gaining popularity especially from those people who want to educate their children in the US where public schools are of high quality and free of charge, since it allows people to move with their spouse and all unmarried children under the age of 21,” said Mr Ryan.

“About 100 Kenyan have shown interest, and we have lined up to 50 meetings in the next three weeks. We will also do two meetings at a couple of private members clubs in the city.”

He said the firm does background checks on applicants to ensure they have no criminal records or that they are not laundering money, with legal experts brought in to do a source-of-funds check.

There are thousands of Kenyans who have migrated to the US, with many going either using student visas or the diversity visa lottery, known as Green Card lottery.

The EB-5 visa offers an easier route for those with millions to spare, with fewer requirements and the promise of permanent residence or citizenship in five years. Successful applicants, Mr Ryan said, are given back the Sh51 million once they achieve permanent resident status—normally after five years— with citizenship following about a year later.

Atlantic American, as a trustee of the funds, invests the money in real estate in areas where there is above average unemployment in the US, giving the investor a return along with their initial Sh51 million upon gaining permanent residence.