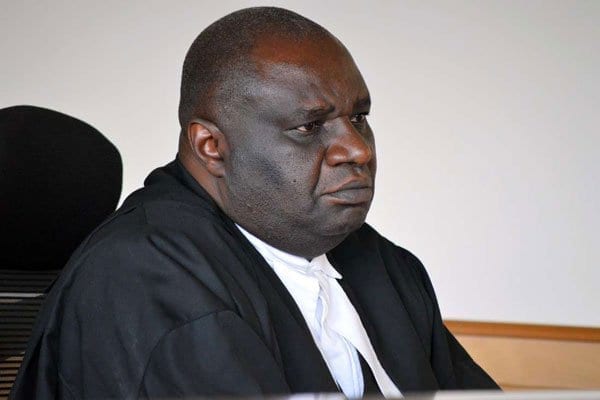 Court of Appeal judge Prof Otieno Odek will be a witness against former colleague Prof Tom Ojienda, who is accused of falsely obtaining money from Mumias Sugar Company.

This was revealed by Director of Public Prosecutions (DPP) Noordin Haji who said that Prof Odek was not involved in any crime as opposed to earlier media reports.

“Following our analysis of the statement provided by the Judge, we have decided that he shall be a prosecution witness in the case against Professor Tom Ojienda,” he said.

Prof Odek was a partner in the firm of Professor Otieno Odek – Professor Tom Ojienda and Wanyama Advocates.

“Indeed, Professor James Otieno Odek was not in any way involved in the matters giving rise to the prosecution of Professor Tom Ojienda and is therefore not criminally culpable,” added Haji.

Haji says that through Ojienda, Mumias sugar lost a total sum of Ksh89 million through fake litigations, which was paid through fraudulent schemes.

The three will be charged with obtaining money by false pretences, uttering false documents, abuse of office and conspiracy to defraud the company.

This comes as the High Court issued orders to temporarily stop his prosecution in the case pending processing of orders to be presented before court for further directions.

Prof Ojienda, through a battery of 30 lawyers had filed an appeal challenging the legality of his prosecution.

Led by James Orengo, the defence argued that the Directorate of Criminal Investigations had overstepped its mandate hence cannot prefer charges against him.

Justice Chacha Mwita stated that Ojienda’s lawyers had demonstrated that the subject matter relates to a similar case in which the DPP and EACC appealed against the decision of the Court of Appeal.

Video:Kenyans in diaspora all set for Vegas Sevens