VIDEO: Mzungu man hit a child in Siaya,refuse to take him to hospital

A video raw video circulating in Whatsapp show a Caucasian man around an Toyota SUV with an African man carrying a child. According to the message accompanying the Video,the accident happened in Kolenyo, Siaya County on January 6 2019.

The Caucasian man picked the child with one foot and one hand,the other limbs dangling and he put him on the road side. He only agreed to take him to the hospital when he was told that everything was being recorded.The accident was reported to the police but it is not known if the child was really taken to the hospital. We hope the police will use this video to investigate the matter. 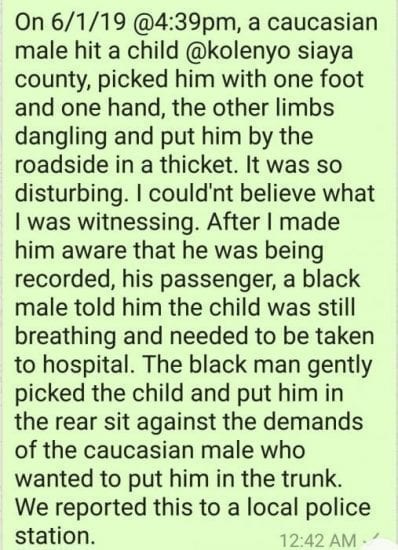