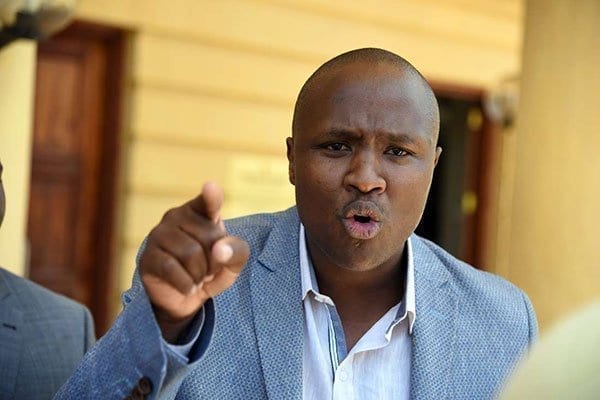 The legislator was expected to appear before Chief Magistrate Francis Andayi for pre-trial hearing on Thursday, but only his co-accused Johnstone Arthur Sakwa and Madat Saburali Chatur were present in court.

“A warrant of arrest is hereby issued for the accused person,” the magistrate said.

The court was to confirm whether exhibits and other documents the prosecution intends to rely on during the trial have been supplied to the defence.

The court was told that on February 16, 2018 the suspects allegedly allegedly presented the forged Treasury Bills purportedly issued by the CBK in the 1990s.

They are being accused of making the alleged forged documents at an unknown date and place as well as making a cheque deposit slips for the same.

They are further accused of having withdrawn monies for the same before from two local banks.

The forged documents were allegedly signed by a Mr Maina Watui, a registrar at the National Debt office at CBK.

According to the prosecution, 13 witnesses and 16 exhibit have been lined up for the trial.

When he was arraigned in court and charged, the MP termed his dramatic arrest as part of a plan by government operatives to cover up a multi-million fraud committed against Desai Industries Limited.

The case will be mentioned on February 14.

Daring Mistress and Joseph: This affair was so complicated – VIDEO

Lipstick For Who? Day DP Ruto Refused To Use Lip Balm