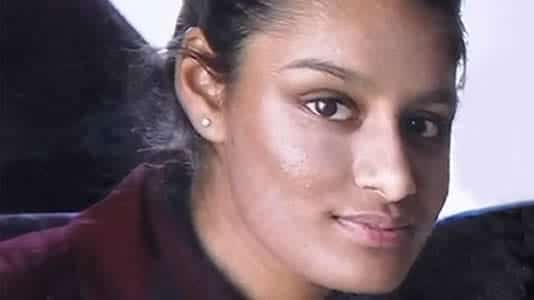 Following her discovery by a British journalist in Syria, The Home Office has written to Shamima Begum’s parents to revoke her British citizenship. Shahnaz Ahsan writes that it is a reminder that children of immigrants will never be British enough. British Home Secretary, Sajid Javid, has announced that he will be using his special privileges to revoke the citizenship of Shamima Begum, the British-born 19 year old who joined the so-called Islamic State in 2015.

Dubbed an ‘ISIS bride’ who has shown no remorse by the media, it can hardly be claimed that Shamima Begum is a sympathetic character. Aged 15, she chose to leave Britain, the country of her birth, and travel to Syria to support a brutal regime that has killed thousands of innocent people, most of them Muslims. After the loss of two of her children in the wake of the crumbling state, Shamima issued a plea to be allowed to return home, the glamour of being a jihadist’s wife undoubtedly fading.

None of this withstanding, the removal of her citizenship raises serious questions as to the legality of the Home Office decision, and more widely, how Britain deals with high-profile, emotive cases such as this and the dangerous precedent it sets.

“This sets a worrying precedent: that the penalty is higher for those born of immigrants who commit certain crimes, than it is for white Britons. It is worth asking the question what would have happen has Shamima Begum been a white British convert to extremist Islam”

Under international law it is illegal for a country to cause a citizen to become stateless. As such, a country – in this case, the United Kingdom – can only lawfully revoke the nationality of a citizen if that person also holds citizenship elsewhere. In the case of Shamima Begum, the Home Office has stated that as she is eligible to apply for Bangladeshi citizenship through her parental heritage, removing her British citizenship would not necessarily render her stateless. In short – because her parents were born elsewhere, and despite the fact that Shamima herself has never held Bangladeshi citizenship or even visited the country, the Home Secretary can terminate her British citizenship.

This sets a worrying precedent: that the penalty is higher for those born of immigrants who commit certain crimes, than it is for white Britons. It is worth asking the question what would have happen has Shamima Begum been a white British convert to extremist Islam. Where could she have been palmed off to, to become another state’s problems, if her parents had both been white British East Londoners instead?

It is also telling that Britain does not want to recognise the failures that occurred for Shamima Begum to have got to the point of travelling to Syria to join a terrorist organisation in the first place. Bizarrely, suddenly Bangladesh is touted as being the solution, despite the fact that Shamima Begum is, frankly speaking, not Bangladesh’s problem. She was not radicalised as a child on Bangladesh’s watch. She did not attend Bangladeshi state schools. She was not known to the Bangladeshi intelligence services.