Sila Kisoso has called Canada home for 18 years, but in that time, the Kenyan-born Canadian’s immediate family has never been approved for a travel visa.

“Can you imagine how many families are distressed because of not been given the advantage of having their families visit them?” she said. “It’s quite stressful.”

Since 2011, Kisoso has applied six times for her sisters, Naisola and Peresian, to visit Canada. Their applications were rejected, with a different response each time.

“The process can be looked into and maybe improved so that other Canadians, or other new Canadians, can have the same privilege of seeing their families visit them,” she said.

Kisoso, a Winnipeg resident for over a decade, works for an international development funding agency that co-ordinates with the Canadian government on food security and humanitarian assistance to impoverished countries.

John Mulwa: Kenyan Chef In Canada Claims His Life Is In…

Kisoso graduated from post-secondary in Winnipeg. Her daughter, Mariela, was born at St. Boniface Hospital.

Kisoso, who received her Canadian citizenship in 2018, feels the lack of family reunification hurts Canadian immigrants. 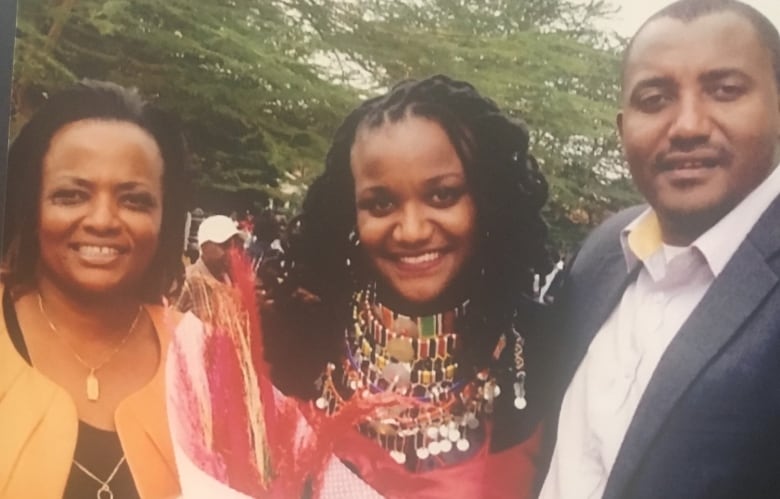 “This is our home and so we would like to have the same rights as other Canadians,” she said. “So when we ask the Canadian government to allow our family to come and visit us for a few weeks, I think it’s only fair for them to really be supportive of that.”

In 2011, while she was pregnant, Kisoso — who is a single parent — applied for visas so her sisters could visit and help take care of her newborn.

The requests were denied.

“My daughter, who’s seven years old, she has never had the opportunity to have any of her family members — her aunt or her cousins — come and visit her here,” she said.

“For a young child, I think it’s not healthy.”

Following a slew of denied entries into Canada, Kisoso and her family decided to see whether they could get visas in the United States.

Their request was approved.

“It’s just a very difficult thing to accept that my own country will not accept my family to come and visit to me for four weeks, but the United States would give my sister a five-year visa,” she said. “It just seems almost out of this world.” 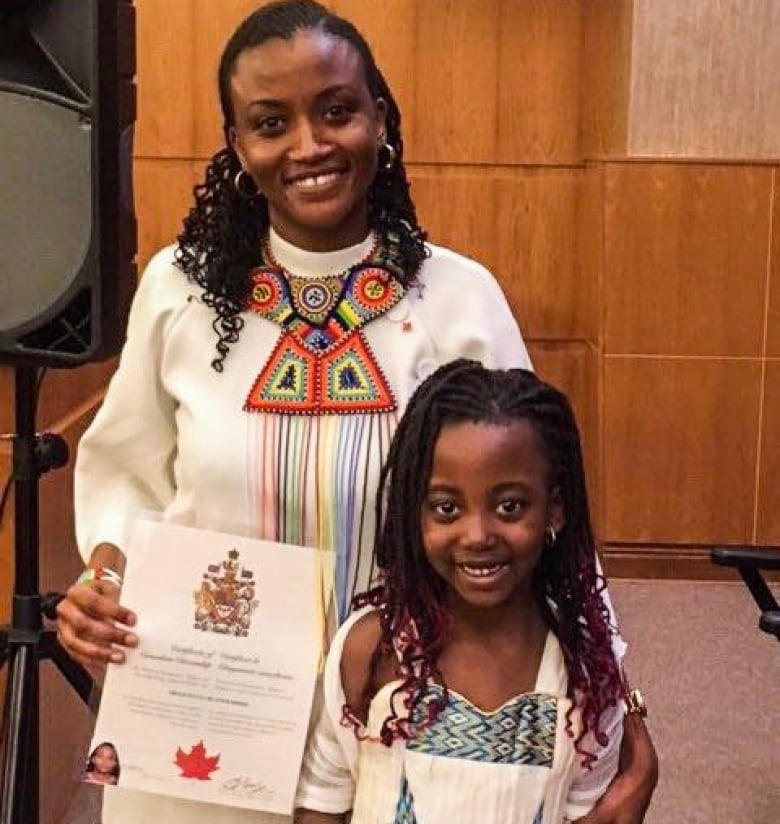 Sila and Mariela Kisoso at Sila’s citizenship ceremony in 2018. Mariela would like her family to be able to visit her in Canada. ‘I want to show them life in Canada,’ she says. (Submitted by Sila Kisoso)

As Peresian Kisoso travelled around the United States, her younger sister and daughter booked flights to Seattle to spend some time with her.

Kisoso didn’t mind paying the extra money to see her sister, but believes it takes away the essence of the visit.

“It’s not as comfortable as having her here at home and having to introduce her to my other friends,” she said. “You know, that’s important. People in Canada have been so good to me, and yet they don’t know my family.”

To show her daughter the importance of family, Kisoso takes Mariela to Kenya almost annually, and for up to two years at a time.

Now, the youngster who loves spending time in her aunt’s home in Nairobi wants to show the family her home in Winnipeg. 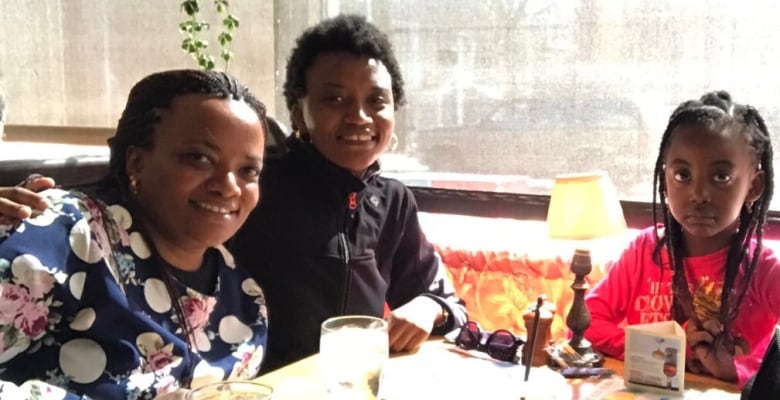 Sila and Mariela travelled to Seattle to visit her sister after she was approved for a travel visa to the United States. (Submitted by Sila Kisoso)

Kisoso has spent hundreds of dollars attempting to get approval for her sisters’ visa applications in an effort for family reunification, even for a short while.

“Canada is big on family reunification and not all family members want to permanently come and live here,” she said. “They want to come and visit us. There are people who actually have got no interest in living in Canada.”

Her sisters Peresian and Naisola, who live together in a home in Nairobi, have both been denied visas, but the reasons were entirely different, Kisoso says.

“It feels [like] we’re at a disadvantage and one that is quite unfortunate, because I feel the process is not fair. It makes predetermined decisions before actually looking at each application, case by case,” she said.

Kisoso says her elder sister, Peresian, is married, has a family and has built a career in Kenya. All three of her visa rejection letters said it was due to her having “too strong” ties to Kenya.

Her younger sister, Naisola, is unmarried and doesn’t have the same family roots as her older sister, but was denied a visa because there is a belief she wouldn’t have an incentive to return to her native homeland.

In a statement to CBC News, the Ministry of Immigration, Refugees and Citizenship confirmed that the temporary resident visas had been denied because “an officer was not satisfied that the applicant would depart Canada at the end of the authorized stay.”

When assessing an application, officers will evaluate factors like economic situation, family ties, criminal history and, on occasion, health and well-being, the statement said.

The women’s lack of travel history was also cited as a concern in the rejected applications. 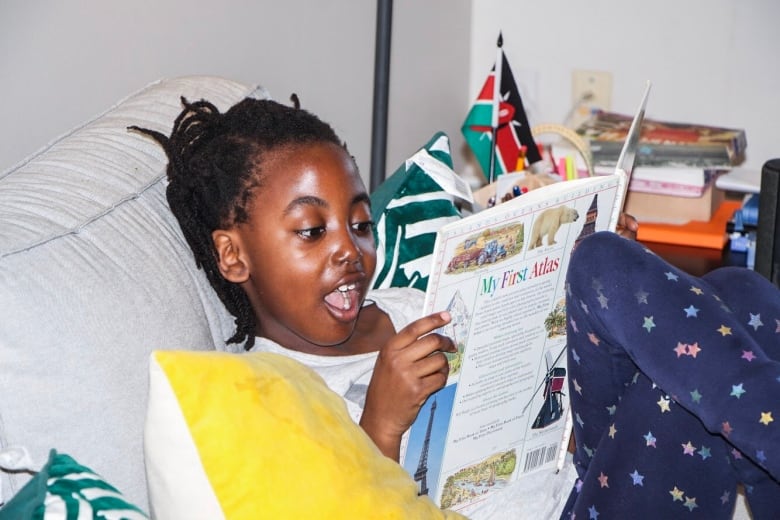 Mariela Kisoso wants family members in Kenya to experience her life in Winnipeg. ‘Life in Canada is fun,’ she says. (Ahmar Khan/CBC News)

Kisoso says that’s even more confusing, since a cousin who visited in 2008 returned home before her visa expired. Her cousin was a flight attendant with a sizable travel history and was unmarried at the time.

While talking with other Kenyans living in Winnipeg, Kisoso says, she has realized the problem is widespread.

“I sit here as one person but I can tell you I know people within my network who are going through the same thing,” she said.

A few months ago, Kisoso contacted her member of Parliament, Liberal Dan Vandal (Saint Boniface-Saint Vital) who wrote a letter of support in her name to help with the process. It was rejected.

With the constant rejection and thousands of dollars her family has spent on documents, applications and travel itself, Kisoso is hoping for some guidance on how to get visas approved.

“It’s not really about the money, you know, because really, you can’t put a cost to family,” she said.

“Even if the embassy was to tell me to try again I would be ready to pay another $120 for the application to be processed.” 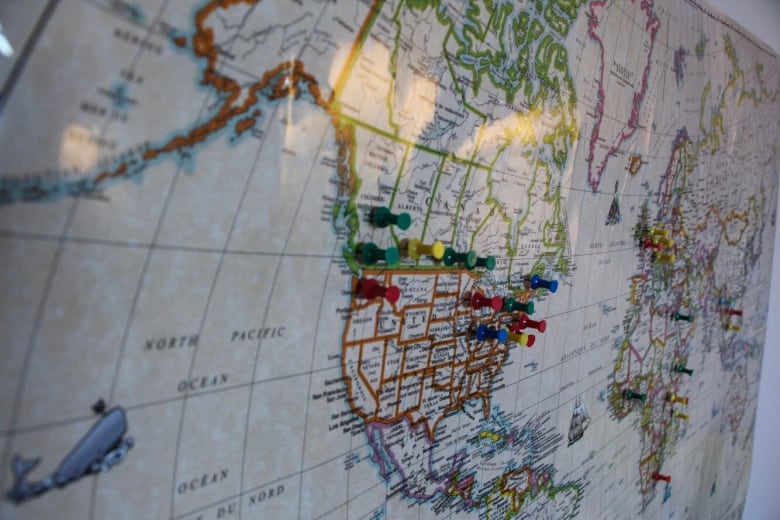 The pushpins on the map represent places across the world where Sila Kisoso has travelled for her work.(Ahmar Khan/CBC News)

Kisoso isn’t giving up the fight. She has written a letter to the minister of immigration, refugees and citizenship, asking him to re-evaluate the temporary residents visa process.

Kisoso is still hoping to get a visa approved for her sister Naisola so she can attend their cousin Leila Soila Abubakar’s wedding in British Columbia this May.

3,000 POLICEMEN TO KEEP WATCH OVER CITY DURING EASTER