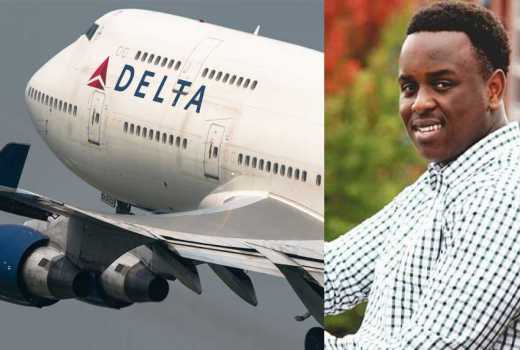 A Kenyan student in the US who passed away mysteriously aboard an American airline died of heart attack, initial findings have revealed.

A preliminary post-mortem report presented to the parents of Griffin Gutwa, a Minnesota college medical student who collapsed and died aboard Delta Flight from San Diego California to Minneapolis, indicates that he suffered from a heart condition known in medical terms as cardiomegaly or abnormally enlarged heart.

But the cause or trigger is still unknown as per the Minnehaha medical coroner’s report compiled by Dr Kenneth Snell, a coroner in Sioux Falls, South Dakota who conducted the post-mortem.

Speaking to Nation from Minneapolis, Minnesota, Bernard Gutwa, the uncle of the late Griffins said parents and friends were still having more questions than answers and are still at pains to understand exactly what might have happened to their son.

“The family is still calling for further investigations to conclusively establish the real cause or what triggered the abnormality of the heart, because as far as we know, Griffin Gutwa was a very active young man who does not drink or smoke and adheres to the Seventh-day Adventist’s strict tenets of a healthy lifestyle. In fact, before he joined the university he had been given a clean bill of health after undergoing rigorous medical and physical tests,” said Mr Bernard Gutwa.

The Kenyan community in the US was shocked by reports of the death of the 18-year-old Kenyan-born student who fell asleep on a plane and never woke up.

He was apparently on his way home for Christmas.

The former Burnsville High School student, the oldest of four children, was the first to attend college since the family moved to the US in 2004.

According to press reports, Mr Gutwa called his family on the morning of December 22, 2017 just before boarding a Delta Airlines flight from San Diego to Minneapolis.

“He had just finished his exams,” said his father, Gideon Gutwa.

“He was excited to come home.”

About an hour into the flight, Griffin asked for warm water.

He later leaned his head against the window and fell asleep, according to other passengers.

The passenger next to him became concerned when his breathing changed, and called for a flight attendant.

The attendant checked on him, realised something was wrong and asked for a medical professional to help.

Gutwa was not breathing and the pilot began looking for a place to make an emergency landing.

The nearest airport was in Sioux Falls, South Dakota.

But paramedics at the airport were unable to revive Gutwa, according to Sioux Falls Police Department.

His father was told that CPR (cardiopulmonary resuscitation) was performed on his son for 45 minutes but he did not wake up.

Gutwa’s body was left in Sioux Falls and the plane continued with the journey.

At about 6pm, his father was called by Minneapolis St Paul International Airport to pick up his son.

He was told the plane had been delayed for two hours.

It just gave him more time to run back to Burnsville to pick up the rest of the family.

When the father returned, he had not even gotten out of his car when airport security approached. He thought he had parked improperly.

They later asked if he was Griffin’s father. This, he said, confused him.

“How come they know my son?” he said.

The officers directed him and the family to an office where they told him Griffin was dead.

“I thought I was dreaming. I could not believe it,” Gideon said.

“He was very healthy. He had just been here for thanksgiving. We were expecting him to arrive safely.”

Described as a responsible, outgoing and helpful teenager, Griffin planned to use his medical degree to help the less fortunate. He always talked of returning to Kenya to start non-profit organisations to help alleviate poverty.

According to a press release, Griffin’s remains will be buried in Minnesota as per the family’s wishes.

A few close family members are expected to travel from Kenya to pay their last respects.

“This might delay the burial date to enable them to view his remains before his internment. The process might take a few days to complete because they’ve to get visas from the US embassy in Kenya,” the press release said.

The funeral/burial service is to be announced later.

Friends and well-wishers are meeting at the deceased’s residence in Burnville, 13612 Grand avenue S MN 55379 to offer prayers and support to family members.

A Gofundme page has been created to assist with burial expenses.

Video:Apologise to us, women tell Kabogo