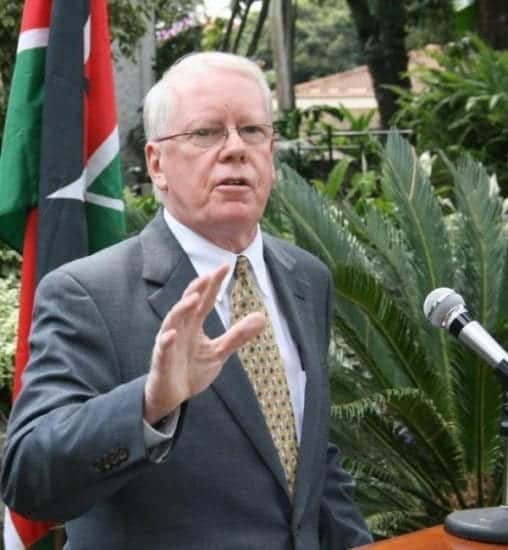 The contract is between South Sudan’s government and Gainful Solutions, a lobbying firm run by Ranneberger and his partner Soheil Nazari-Kangarlou.

A contract seen by the Star shows that Gainful Solutions has been tasked with persuading the Trump administration to reverse current sanctions and further block potential sanctions.

“Open a channel of communication between President Kiir and President Trump with the objective of persuading President trump and his administration to expand economic and political relations with South Sudan, and supporting American private sector investment in South Sudan in oil, natural resources, energy, gas, mining, and other areas,” the contract states.

The contract is also signed by a Kenyan pastor Rev Paul Cheboi who is the designated adviser and coordinator.

“Pursuant to President Kiir’s letter to Ambassador Ranneberger, the consultant services will improve bilateral relations between the United States and South Sudan,” read part of the contract. 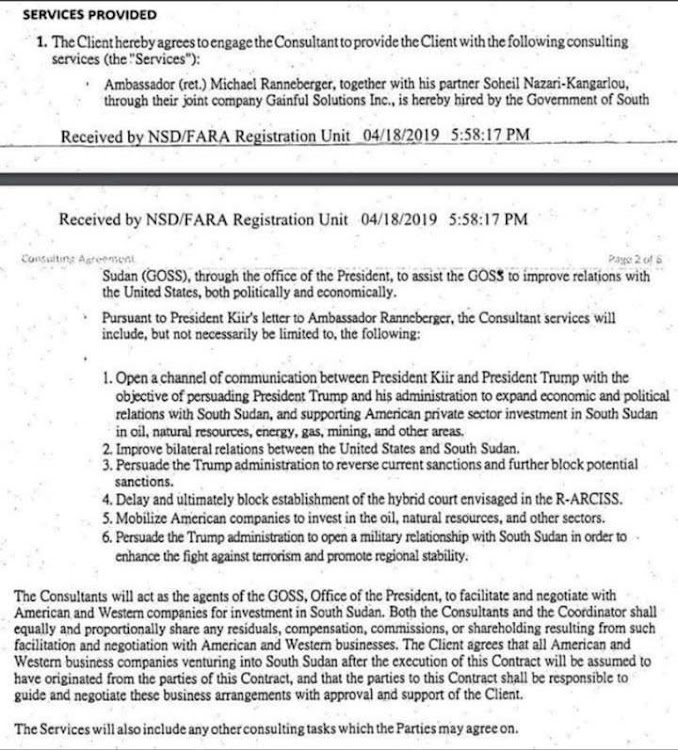 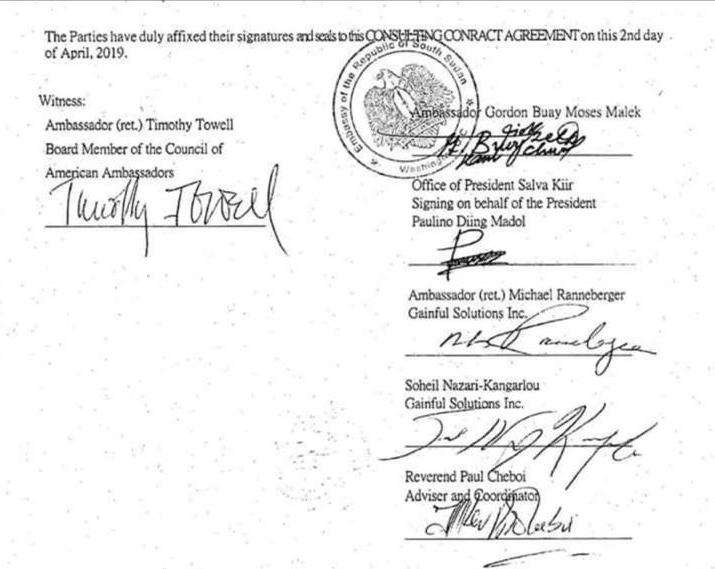 It also states, “The consultant will act as the agents of the government of South Sudan office of the President, to facilitate and negotiate with American and Western companies for investment in South Sudan.”

Ranneberger is also expected to mobilise American companies to invest in the oil, natural resources and other sectors.

He will also persuade the Trump administration to open a military relationship with South Sudan in order to enhance the fight against terrorism and promote regional peace and stability.

The contract stated that Renneberger with his partner will equally and proportionally share any residuals, compensations, commissions or shareholding resulting from such facilitation and negotiation with US and Western business.

“The client agrees that all American and Western Business companies venturing into South Sudan after the execution of this contract will be assumed to have originated from the parties of this contract and that the parties to this contract shall be responsible to guide and negotiate these business arrangements with approval and support of the client,” the contract states.

A KENYAN WOMAN HAS PASSED AWAY IN GHUANZOU CHINA

VIDEO:OFFICIAL LAUNCH OF THE KENYA CANCER FOUNDATION IN USA