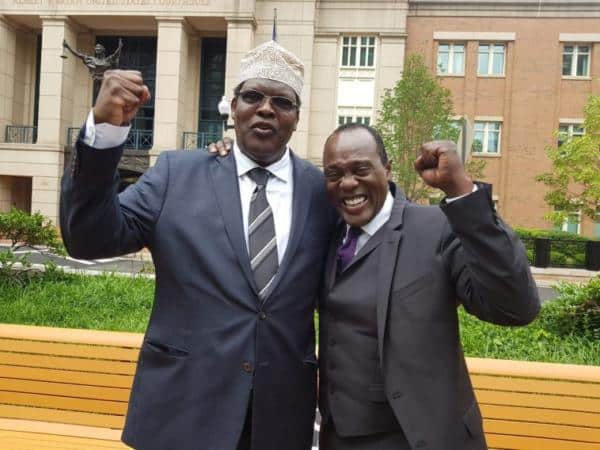 In the Washington DC interview, that aired on Wednesday night, the exiled barrister talked of the January 30, 2018 mock-swearing-in, arrest and his deportation.

Taking to his Twitter handle moments after the interview was aired, the controversial lawyer thanked the JKL show host for granting him the opportunity to be heard, but accused the station’s top management of editing out crucial content.

“Thanks, @KoinangeJeff and the #JKLive #JKL team for the opportunity to discuss pertinent national issues that affect our people and to contextualize the most recent history, even though the @citizentvkenya mandarins edited out some of the pithiest material. #BringMigunaHome, ” Miguna wrote on Twitter. 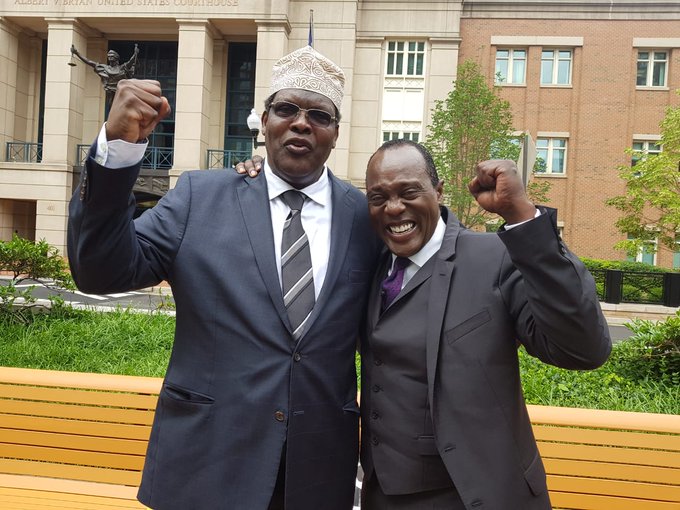 Thanks, @KoinangeJeff and the #JKLive #JKL team for the opportunity to discuss pertinent national issues that affect our people and to contextualize the most recent history, even though the @citizentvkenya mandarins edited out some of the pithiest material. #BringMigunaHome

367 people are talking about this

In the interview, Miguna said prior to the Raila Odinga’s swearing-in as the People’s President at Uhuru Park, Nairobi, the NRM team’s attempts to swear-in Odinga had failed three times.

He accused Odinga of sabotaging his own swearing-in, adding that Odinga had betrayed him.

“Raila disappointed me badly. When I worked as his adviser, he betrayed me he kicked me to the curb and betrayed Kenyans’ aspirations,” Miguna spoke.

According to Miguna, Odinga ‘chickened-out’ in all the three attempts and only showed up at Uhuru Park on January 30, 2018 for fear that Miguna would give certain undesirable orders to the crowd that had turned up.

“Raila did not want to come to the event at Uhuru Park and he only came at 3pm, when he feared that I would take the crowd at venue in a direction that they would not be able to control,” Miguna said.

He termed the celebration disorganized, as even the Ksh250,000 pen, which strategist David Ndii was supposed to bring for the swearing-in, was not present. Also, Odinga did not read the speech Miguna had prepared.

He said, the plan was to hold peaceful demonstrations at Uhuru Park until in a bid to force president Kenyatta out of office, a plan NASA co-principals – Musalia Mudavadi and Moses Wetangula – didn’t subscribe to.

In the first attempt, Odinga was to take oath at Jimmy Wanjigi’s house, but according to Miguna, Odinga arrived late before disappearing into thin air.

In the second case, the ceremony was to take place during the People’s Assembly in Kilifi County. All went went well and Odinga flew Miguna to Mombasa International Airport, however, Miguna was not able to get to the swearing-in location after traffic police blocked the roads.

According to Miguna, Odinga was able to beat traffic, leaving him behind. His efforts to get to the NRM’s undisclosed swearing-in location were thwarted after Mombasa Governor Ali Hassan Joho sent a chase car to escort Miguna. Now aware of Miguna’s whereabouts, police officers stopped them dead in their tracks.  Hence, the ceremony was scuttled.

During the third attempt, the NRM team had Raila Odinga Junior record Odinga’s swearing-in at his home in Karen. This was a calculated move just in case the Uhuru Park swearing-in failed.

The team had also urged the ODM leader to contact his Tanzania and Ghana presidents – who he regarded as friends – to accommodate him during his swearing in, but Odinga refused.

According to Miguna, the reason why Odinga had second thoughts in taking oath was because the March 9 handshake was pre-conceived.

He accused Odinga of taking Kenyans for a ride, to push for his selfish interests.

Further, in the interview, Miguna accused the government of plotting to kill him for allegedly committing treason, leading to his arrest.

While in custody, Miguna says he was denied basic human rights – detained in deplorable cells – days before his deportation. According to him the NASA team did very little to have him released.

He accused the government of illegally taking away and destroying his Kenyan passport despite several court orders, which further frustrated his re-entry into Kenya after the first deportation.

He was allegedly sedated and deported for the second time after he refused entering into the country as a foreigner. Miguna said his Ksh150, 000 was stolen during the scuffle.

The Former Nairobi Governor aspirant, also talked of his new book TREASON: The Case Against Tyrants and Renegades, which outlines events leading to his alleged forced exile.

In his last sentiments, Miguna criticized the government for failing to curb the corruption menace in the country.

Miguna is now calling for the state ton hand him his Kenyan passport to allow him entry into the country.

“Mr Odinga has a lot of influence with the lawyers that defended me yet they have never done anything to help me get my passport back. Not even Amnesty International and other organisations have offered to help me get it back. If I got the passport, I would be home by Friday. I have not returned because they arrested, tortured, detained, drugged and robbed me and nothing has been done to enforce the court orders regarding my case since then,” he said.