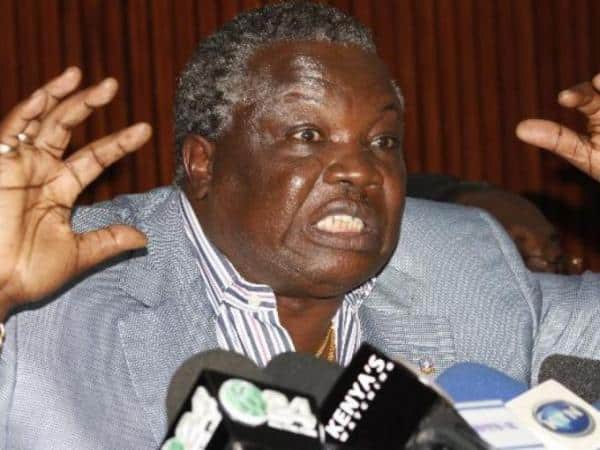 COTU secretary general Francis Atwoli has defended his usage of the word ‘washenzi’ after a section of Murang’a leaders said it was directed at the community.

“Mimi ni mkikuyu kuliko wakikuyu wengine…do not incite the Kikuyu community; we want to support the president in eradicating corruption in Kenya,” he said.

This loosely translates to, “I am more Kikuyu than Kikuyus themselves…”

This translates to, “Any Kenyan who doesn’t stand by President Uhuru Kenyatta is a fool.”

“Don’t incite the community. We want to support Uhuru in eradicating corruption. I can’t say that all Kikuyus are washenzi,” he said.

“My first girlfriend was a Kikuyu.. Do not incite Kenyans, My mother was the second wife of my  father and she is a Kikuyu,” he said.

Atwoli said he would criticise any corrupt person, whether “you are Luhya, Kikuyu or Kalenjin…”

Atwoli over the weekend, said President Uhuru Kenyatta is being intimidated following the “handshake” with opposition leader Raila Odinga.

He said “the Kikuyus of yesteryears could not be intimidated to allow two centres of power”.

A section of leaders from Murang’a County demanded an apology from Atwoli.

Funny Stories: They didn’t know I speak Chinese too