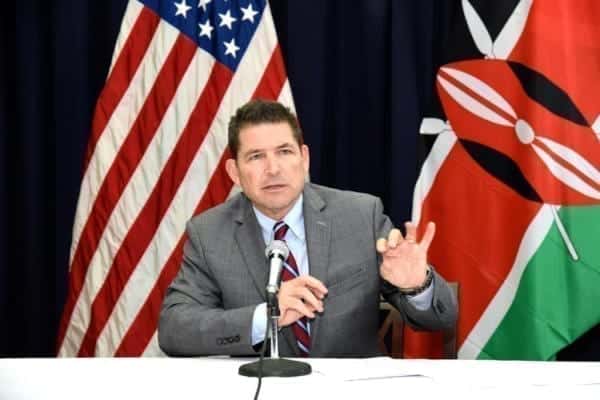 In a tweet, he said, “Kenyan leaders are praying and asking for forgiveness for the sin of thievery at the 17th annual National Prayer Breakfast. What a good start to take the nation on the path of prosperity the wananchi deserve. We must all do our part.” 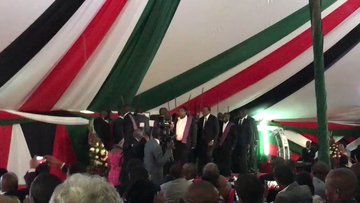 Kenyan leaders are praying and asking for forgiveness for the sin of thievery at the 17th annual National Prayer Breakfast. What a good start to take the nation on the path of prosperity the wananchi deserve. We must all do our part. #stopthesethieves

The ambassador said the main purpose for the meeting was to pray for forgiveness, contrary to the theme of the event, which is dawn of a new nation.

Two weeks ago, McCarter said corrupt Kenyans will neither be allowed into the US nor pay for their children’s education there.

The ambassador, while attending the Junior Achievement Organisation 100 years celebration, said the ‘big fish’ in the country get away with theft of billions whereas the common mwananchi is brutally punished for the theft of smaller amounts of money.

“You cannot allow somebody to steal Sh20 billion and fine them Sh10 billion. We deal with thieves in a very brutal way, not even according to the law,” he said.

“Somehow, we tolerate the theft of billions in Kenya. If we stop tolerating thievery, Kenya will be a shining star for democracy and prosperity in Africa.”

“The cost of this is the same cost ironically as the Big Four. It could become a reality if we got rid of thievery,” he said.

The USA is now working with the DCI and DPP to ensure that corruption is a thing of the past.

In a tweet, the ambassador said there will be very little rest for those tasked with fighting theft in Kenya.

The envoy assured DCI George Kinoti that “the USA is backing you 100 per cent”.

In his address, the US ambassador emphasised on the need for Kenya to be an environment free of corruption.