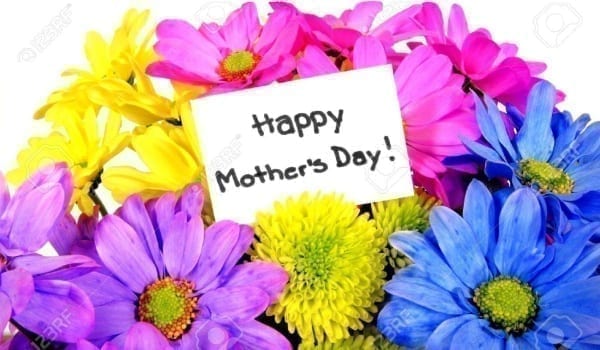 Now he can talk about it. For a long time he held a secret in his heart about the nightmare that was his marriage! “You cannot advance when a woman is constantly calling you about a love that has ended under the disguise of the child you had. My brother, the woman filed for divorce and she still wants me to send her flowers for mother’s day? Can’t do that man!” He told me while having dunking donuts coffee. I like mine with 4 creams 4 sugars and not stirred! Not the donuts, but the coffee. And it is cheaper than Starbucks tall latte that cost 4 bucks: Half of which is foam! They don’t give senior discounts either which I qualify for! Yap! Am getting older daily.

This is a season when men share stories about their mothers, lovers and wives. The fact is that men do not care about mother’s day. That is what they tell each other! But they will not tell their mother’s, lovers or wives. It is the same thing about women hair extensions: The fake hair that is attached to women’s hair. How do women stay with that junk for a month without washing it and expect their men to love it? Many men are always wondering what else is growing in those things. In Kenya, a country with dust and matatu sweat, those things smell. But men will not tell their ladies that! No one wants to commit suicide. Now that I got that out there, back to my baddies nightmare, sorry, wife!

He continued to narrate the nightmare that was unfolding before his own eyes. The problem was that he and his black American wife had a child and they had ‘bought’ a house together. I put bought in brackets to deflect the lie that a mortgage house is yours. How can it be yours when after missing three payments the bank takes it back even when you have been paying consistently for 10 years? Anyway, they owned a house together. I knew something was wrong but my buddy did not want to see the problem. I can understand because divorce is not something that should be entered in loosely. I remember going to visit him and the wife blatantly asked him, “Honey, what are you cooking tonight?” She turned to me and asked that I hand her an Oprah magazine while she was relaxing after gym! A circumcised Kenyan!

The guy would come from work, pick the kid up from school and go home to cook while the lady passed at the gym. “Teddy, your buddy is a fine cook.” She remarked. Am not against cooking. I am a fine cook, according to me. Heck! My father was a fine cook according to him. My father gave me a theory on those men walking around our village bent over. It was not because of age, but because they turned over their right to cook to their wives. “If your wife realizes that you can’t cook, she will use it against you someday.” The guy was funny! Of course he never told my wonderful mother that. About her he told me, “Your mother is different.” Indeed, she cooked for us with joy!

My buddy decided that he had healed enough to tell his story over coffee. “You thought that was bad when you came and she asked you to give her the magazine? That was nothing man. My father got sick in Kenya and was admitted to Kijabe hospital.” I remembered the event and acknowledged. “He stayed in the hospital for

two weeks and he was released. My wife knew about it and it came time to help my father because the bill was higher than he could afford. Therefore I requested that we at least help pay some of the bill. Teddy, do you know what she said to me?” I did not know therefore I waited. “He should have thought about his sickness before he got sick. She said we did not have money. And we did man!” During their divorce, while in court, he realized that she had banked 200,000 dollars in her private account. She was transferring it to her brother to avoid sharing it with him.

Of course she has her own side of the story. But my buddy’s story is verifiable. “And she expects me to send her flowers on mother’s day? Forget that man! She can go jump in the lake.” I listened to his lamentations and renewed my theory that marriage is not easy! But since he planted his seeds into this “nightmare” as he calls her, and for the sake of his seed, one RED rose is appropriate. Red to remind himself that he is the one that planted seeds in a thorny garden!

I told him about Kenyan village females. Especially women from Kinangop, Kosirai Nandi, and my favorite place, Khumusalaba in western Kenya! They cook for their husbands with wet firewood on a rainy day and all what they hope for is that one day the drunk miserable ‘men’ will come home sober and remember one kilo of meat. Christ has a HEART for these Women! And so do I.

Happy mother’s day all you who cook for your children, husbands and wives with joy. And speaking of Khumusalaba listen to this one:

VIDEO: SAD STORY OF HOW HUSBAND FEEDS SICK WIFE AND CHANGE HER DIAPER

Nyambane performs in Minneapolis in support of African mothers