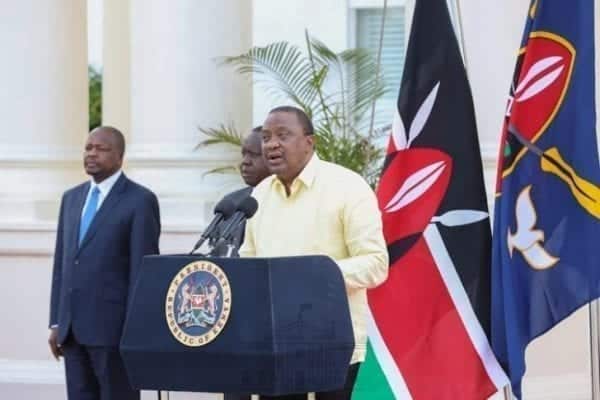 Kenya Village Voices:  We thought we are electing a ‘muthamaki’ but we do not know what happened to him.”“How can a ‘Muthamaki’ who believes in Jesus Christ, ‘Muru wa Ngai’, bow down in a mosque and still claim to be a Christian?

They sit on the side of the road 9000 ft. above see level. You will find them off Nairobi – Eldoret road by the junction of Kinare forest road at the small village town of fly-over. Their day starts at 6 am. They set up shop to sell Gwashes, Dumas, Bananas and Tomatoes. They do not own buildings therefore their products are stacked on the side of the road. They are the best Kenya has to offer: wonderful women!

They are part of the community that voted for Uhuru Kenyatta. They woke up at early on the day of election and voted to have him lead the country. When he finished the first term, he asked them to give him another five years to finish what he started. They, like him believed that there was something to finish. But as they reflect on the two years since they went out in force to give him a second chance, there voices have changed. “Aai, this country is not going well. We thought we are electing a ‘muthamaki’ but we do not know what happened to him.” I get curious, “I thought he is what you wanted.” I mutter. “We did not know that he would turn out the way he has. Something is wrong!”

“How can a ‘Muthamaki’ who believes in Jesus Christ, ‘Muru wa Ngai’, bow down in a mosque and still claim to be a Christian? Doesn’t he have a ‘father’ to tell him? Hasn’t his bishop Cardinal Njue instructed him on matters of faith? You cannot Worship Allah and Jesus.” Their Rhetorical question and answer are profound. These un-educated and non-theological women have noticed that something is wrong. They know that Muslims worship Allah, but that Allah is not the same as Yesu Kristo. “Ucio ti thahu?” They say in a deep Kikuyu proverb suggesting that it is an Anathema. “His father would never have done that. He is bringing ‘thahu’ to us.” They conclude with great concern.

Kenyans are notoriously fundamentalists when it comes to freedom of religion. Having come from a traditional African religious context, they believe that every one must be allowed to worship who and how they will if it does not interfere with other’s rights. It is for this reason the Kenyan constitution established freedom of religion. But those who voted for Uhuru Kenyatta are predominantly Christian. And these village female merchants are no different. They notice that the president has lost his way. And since they have no voices, they speak among themselves and to anyone who will listen. They believe Uhuru Kenyatta has blasphemed. According to them, the Father, the Son and the Holy Spirit are not Allah!

They have noticed something else. “Reure, which muthamaki given uthamaki stands before the people and throws his hands in the air claiming that there is nothing he can do about the problems facing the country?” They discuss the fact that Uhuru Kenyatta expressed frustration that he is not able to curb corruption. They also state that no Muthamaki sits idol while people insult him and his family. To them, a King rules in such a way that he commands respect. “People do not respect him.” They conclude.

Then the women wonder, since the country already had a railroad and property from Mombasa to Kisumu which could have been improved to meet the needs of the country, “Why did we need another one?” They wonder. “Did you hear that now the railway is stuck south of Naivasha?” I acknowledge. “And you know people are saying it was a scheme for certain people to sell their land. Is it true that Uhuru’s family has land in Narok and the railway passes through there? Ai, why did he not know that the ‘Muchaina’ would betray us? What is going to happen to that railroad? All that money we owe for nothing!”

The women count so many issues that don’t seem right with Uhuru and his leadership that I get embarrassed. I personally know the president and he is one great human being. But after listening to these innocent merchants, I also begin to wonder what is going wrong with our president. How do you build a train to nowhere and think people will not notice? How do you bow down before Allah when you claim to be a believer in Jesus Christ? How do you allow people to steal money from the government you control? Does he own land where SGR passes? Was he paid? Why does he allow Chinese workers to take over Kenyan jobs?

By the time I finish listening to these women and buy Gwashe and Duma from fly-over, I am also confused! I don’t know what the problem is, but the village voices are right: Something is wrong with president Uhuru Kenyatta. And my fellow brothers, the priests, are not helping him. As a catholic faithful, cardinal Njue should guide this man.

The Bible demands that we, the Church, the body of Christ pray for our leaders. In this spirit even more for president Uhuru Kenyatta: That he may not gain the whole world and lose his soul!

Nairobi Ranked Second Most Expensive City In The Continent