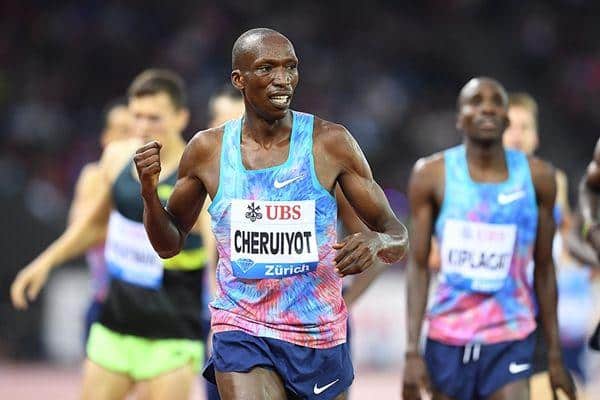 Timothy Cheruiyot, a top Kenyan athlete, was on Friday forced off a plane together with his coach Bernard Ouma.

Cheruiyot is currently the world’s top-ranked runner in the 1,500 metres.

The two were aboard the Amsterdam-bound plane where they were scheduled to get a connecting flight to the US.

Cheruiyot, 23, a silver medallist in the 2017 World Championships in London, was expected to compete in the Bowerman Mile race at Sunday’s Prefontaine Classic track and field meeting in Eugene, Oregon.

Reports by Daily Nation indicated that Cheruiyot and Ouma were forced off the plane by a security team and asked to visit the US embassy in Nairobi to understand why the incident happened.

The athlete was to defend his title that he won in the 2018 edition of the mile race.

The official start list of the event still indicated that Cheruiyot was expected to compete alongside his fellow Kenyans Elijah Manang’oi, Bethwel Birgen and pacesetter Timothy Sein.

Larry Madowo taken ill in the US, ends up in the emergency…

The report further indicated that Athletics Kenya had claimed that they had no clue as to why Cheruiyot and his coach were not allowed to travel yet their travel documents were in order.

The athlete and his coach were both frequent travellers, Cheruiyot has his P1 visa with Ouma’s B1 and B2 visas also in order.

The Kenya athletic governing body claimed that the coach might have voluntarily disembarked as he could not travel and leave his athlete behind.