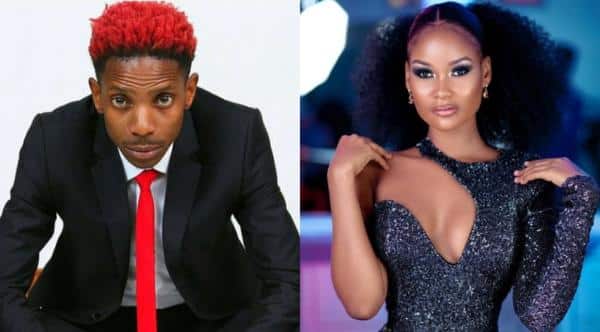 High-flying Kenyan comedian Eric Omondi has rubbished claims of being in a new relationship weeks after breaking up with his longtime Italian girlfriend Chantal Grazioli.

This comes after a video emerged on social media of the comedian in bed with another woman presumed to be Tanzanian video vixen-turned-singer Hamisa Mobetto.

Eric, in the video, is seen seemingly asleep while the woman – in a white bathrobe – sits upright while shooting the video using her phone.

The video has since left tongues wagging online with most a section of local entertainment outlets even claiming that the comedian has moved on with Mobetto after his break up with Chantal.

However, in a phone interview with EDAILY on Tuesday, Omondi dismissed the claims, further refuting reports that the woman in the video is Mobetto, who also happens to have a baby with Tanzanian heavy-hitter Diamond Platnumz.

“I’m surprised that people think the lady is Hamisa. Though I cannot reveal her name, I wish to clarify that the lady is not Hamisa Mobetto,” he said.

“As you can see in the video, I was asleep, so I couldn’t precisely know that she was taking a video. But, to be honest, it’s just a simple video that doesn’t prove anything.”

Below is the video:

Special Invitation To Annual Thanks Giving Christmas Ball In London