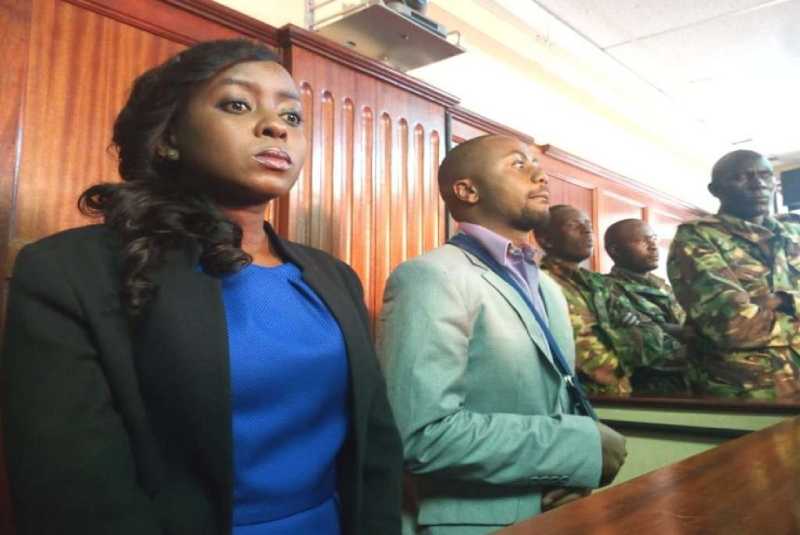 As the trial in the murder case of Monica Nyawira Kimani is about to start, police apparently have in their possession information that links accused persons; Jacque Maribe and Joe Irungu alias Jowie to the murder.

According to the Star, investigating officer Maxwell Otieno has “overwhelming evidence” against the accused.

“Our investigations established that both the accused persons were directly responsible for the death of the deceased Monica Nyawira,” Otieno says.

Also revealing details about the night of the murder and the days that followed is Brian Kasaine who was arrested and later released.

Kasaine was Maribe’s neighbour and was held for being in possession of the gun used by Jowie to harm himself.

In his statement, he details how Jowie called him via WhatsApp asking for “paraffin or anything flammable or air freshener in the house.”

“I got surprised at such request of these items by him at such late hour,” his statement reads.

On the same day at around 3 pm, he narrates, he met Jowie outside Maribe’s apartment. He (Jowie) was looking distracted and deep in thought, he told the police.

The Government Chemist in a report reference A 199/2018 dated December 13, 2018, confirmed that DNA profile generated from a short Jowie wore on the day of the murder marched that from Monica’s blood sample.

“After the commission of the crime, the accused person burnt the clothes he was wearing at the scene of crime at the second accused residence in her presence,” Otieno says.

Jennings Orlando,  also a close friend of Jowie’s told the police that he changed into a kanzu, grey coat and red cap.

On the day Monica was found in the bathtub, a gardener accessed her house through the window, Otieno states.

On the evidence linking Maribe to the crime, the officer says that her car was at the scene of crime and was in it the same night.

The Citizen TV journalist is also said to have witnessed the burning of clothes by Jowie on the night of the murder.

Her phone was also traced near the deceased’s home but was switched off at around 10.25pm and back on the next day at 9.52 am.

Otieno also says that she is “dishonest and hence her alibi in respect of the date of the murder is not believable”. This he says is because she gave contradicting accounts of how her then fiance sustained the gunshot wound.

The trial kicks off on Tuesday.