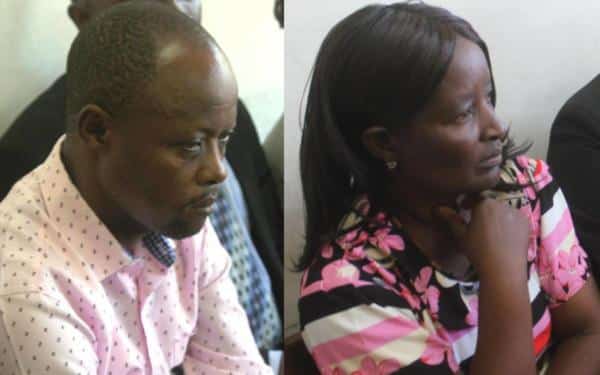 A Mombasa-based bishop and his wife have filed for divorce amid allegations of adultery, desertion and denial of conjugal rights.

Bishop Evans Mayenyo Elegwa and Hellen Jalenga Luyali have filed cases before Mombasa Law Courts seeking to end their 21-year marriage.They have two children, aged 19 and 23. They have adopted two other children, aged 21 and 25.Bishop Elegwa of Bahari Pentecostal Church told court his wife deserted their matrimonial home in 2016.

He also accused his wife of cruelty in his petition before Resident Magistrate Joshua Nyarike. Elegwa said there was no longer trust or goodwill in their marriage, adding that it was the reason he wanted to end it.“I have appealed to her to come back home but she has refused. She has made no effort or shown interest in saving our marriage,” the cleric told court.

He said efforts by fellow pastors and counsellors to bring them together failed because Luyali was not willing to save their marriage.“She refused to attend reconciliation meetings organised by senior pastors in Mombasa, even though she is also a pastor in this fellowship,” said Elegwa.He said trouble started when he went for further studies in Singapore in 2014. When he returned in 2016, Elegwa said he noticed his wife’s attitude towards him had changed.“She was rude.

She refused to cooperate with me when my father died. She later refused to return to our home after her father’s burial in Kitale. She has denied me my conjugal rights as we have not been intimate for the last three years,” he said.The bishop said his wife’s conduct had caused him and the children psychological and emotional suffering.He also accused her of selling their home in Kitale without consulting him.“She took all the property in the house before selling it. I do not even know where she is living at the moment.

But in her application, Luyali accuses her husband of chasing her away from their matrimonial home in 2016.She dismissed claims that the cleric made efforts to save their marriage through reconciliation led by church elders, parents and relatives.“My husband chased me from our matrimonial home in Mombasa and even threatened me. He warned me not to come back,” said Luyali.She also accused Elegwa of engaging another woman who he plans to marry soon.“He has broken our marriage.

He is working to destroy our marriage without considering my welfare or that of the children just because he wants to marry another wife,” Luyali said in her application. She wants the court to order that they share their properties equally.“He should also be ordered to pay me special damages for wasting my life since we were in marriage over 20 years ago,” said the woman.Luyali denied allegations she sold family property before abandoning her husband and their children.