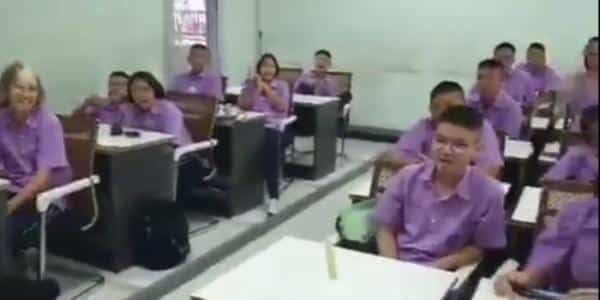 In a video that has been making rounds on social media, Chinese children are seen learning to speak in the Kikuyu dialect.

They repeat a few words like grandmother, grandfather, great grandmother and father, that are taught to them by their illustrator in the Kikuyu language.

The illustrator later makes them repeat a sentence which they do so fluently, that a passerby could easily confuse them for children that have been born and bred in Kenya.

Netizens who saw the video were fast to comment and make fun of the situation. Others, however, were keen to note how well the Chinese would be able to fit in different businesses in Kenya.

“What needs to worry you is their strategy of getting into the society irreversibly. Remember those white priests who conducted mass in Kikuyu?” Emilio questioned.

“This is how we are paying our debts,” Daniel Ndambuki highlighted.

“How are we going to gossip them,” Anne Kuria questioned.

“It’s all fun and games until they relocate to Murang’a and start hawking milk and potatoes while speaking in fluent Kikuyu,” Mohamed remarked.

In late June, Chinese traders sparked a lot of discussion, after seven of them were found operating at the Gikomba market.

Interior Cabinet Secretary Fred Matiang’i had earlier announced that the foreign traders would be deported, but it is not yet clear if they were.

Kenya’s Got Talent Set to Air on KTN