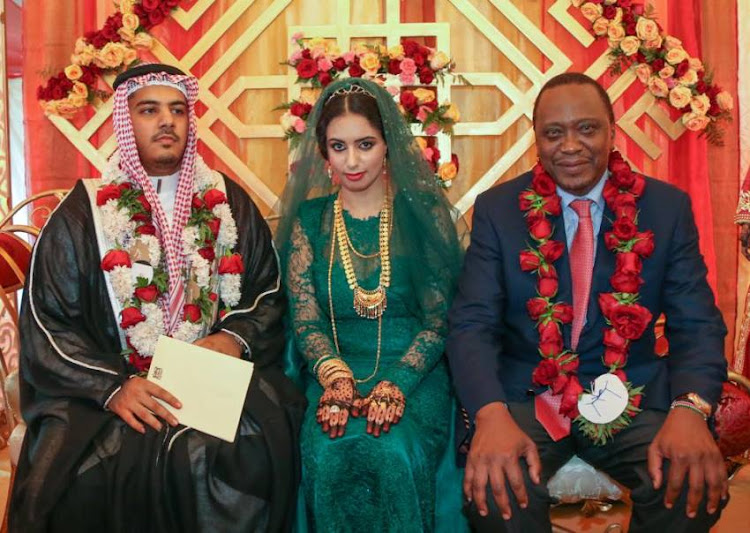 President Uhuru Kenyatta has expressed the need to protect families. He emphasizes that by saying it is an important cog in ensuring a stable and prosperous nation.

He says there can be no significant development in the country in the absence of strong families.

Well, not everybody gets the chance of having a President attend their wedding, after all he is a busy man but for some, it was their lucky day.

We look as Kenyans whose wedding was graced by the most powerful man in Kenya.

The wedding was held at Gathinja Catholic Church in Kahuhia constituency, Murang’a county.

The couple picked nominated Senator Isaac Mwaura and his wife Mukami as the best couple for their yellow-themed wedding.

Kang’ata was excited by the President’s presence.

“It is rare that he attend weddings, so I don’t take that for granted. I was also happy for Murang’a people because they also got some benefits from my wedding. As a gift for my wedding, the President gave goodies worth Sh5 million to the people of Gathinja Day School, a bus to the neighbouring Mukang’u Day School and promised to tarmac a road for them as well.” 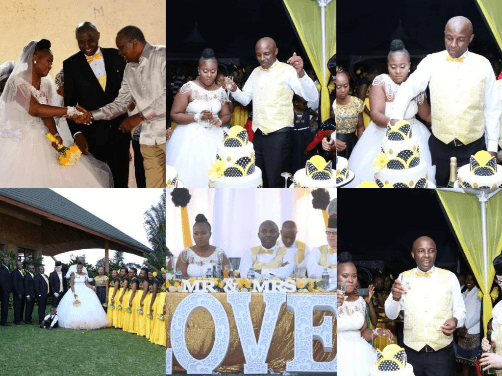 They got married in June,26 2015 in a colorful ceremony attended by the creme dela creme of the Kenyan society. 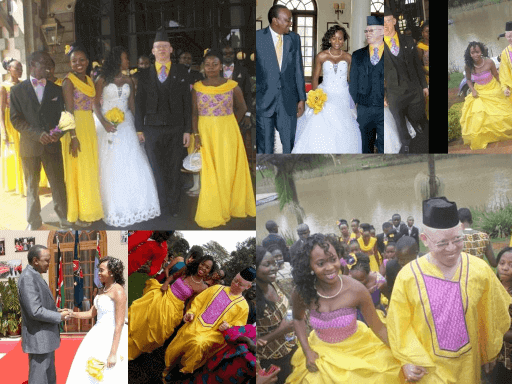 Naisula Lesuuda the member of parliament for Samburu West married the love of her life Robert Kiplagat in a colourful wedding.

When she announced her engagement on January 1st this year, Lesuuda posted on her social media:

“Here’s to new beginning….All said and done ,I thank God for the growth that I have experienced both politically and in my personal life…Here’s to love and light in 2018.”

Kenya Power Chief Executive’s daughter, Chemeli Chumo and her boyfriend Kevin Oduor walked down the aisle at a wedding that was attended by President Uhuru Kenyatta.

The colourful wedding between Naeem and Safiya Omar Sherman, daughter of prominent lawyer Omar Sherman, was held at the exclusive Vipingo Ridge in Kilifi County and officiated by Ustadh Sharif Abdulqadir Hyder.

The first notable wedding Uhuru attended as after being elected president was that of Charity Ngilu’s son Yalo Ngilu and his bride Anne Maina in 2013. Uhuru was with the First Lady Margaret Kenyatta at the even held at Marula Manor, Karen, Nairobi County. By then, Ngilu was the cabinet secretary of Lands, Housing and Urban Settlement.

Another 2013 wedding that the president attended was that of Meru Senator Kiraitu Murungi’s daughter Nkatha Murungi and Eddie Omondi at the Holy Trinity Church in Kileleshwa, Nairobi.

In June 2014, Uhuru attended the wedding of Buuri MP Kinoti Gatobu and his bride Carol Nkirote in Meru county. Gatobu got elected as an MP at the age of 26, making him the youngest member of the 11th parliament.