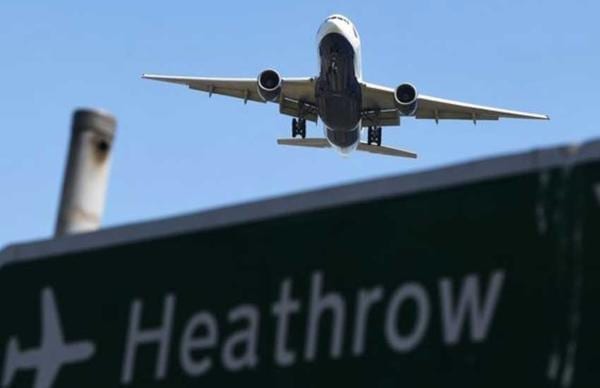 A stowaway who survived a 10-hour flight  to London hiding in a landing gear now works at Heathrow airport.

In October 1996, two brothers from India sneaked onto a British Airways plane and attempted to enter the UK as stowaways.

Pardeep Saini, then 22, and his brother Vijay, 19, braved temperatures of -60C and as they flew at over 40,000ft with virtually no oxygen while hidden inside the wheel bay of the massive Boeing 747.

The elder brother survived the treacherous flight from New Dehli to Heathrow, but sadly Vijay did not.

Just hours after touchdown, astonished airport staff found Pareep Saini staggering on the runway in a state of total confusion.

He was taken to hospital where he was treated for severe hypothermia.

“My next memory is of being in a detention centre in Britain, where I was told my brother was dead”, Pardeep later said.

Vijay had quickly succumbed to the extreme conditions and died “probably before the first drinks were served”.

His body fell 2,000ft to the ground as the gears of the airliner opened in preparation for landing.

It was eventually recovered five days later at a disused gasworks in Richmond, Surrey.

Pardeep himself had passed out just minutes after take-off as passengers and crew remained completely oblivious in the cabin above.

Mr Saini says he fled India after being accused of having links to a Sikh militant group fighting for the independence of their homeland.

In desperation, the men were introduced to a people smuggler who offered to help them get into Britain.

After paying £150 pounds, they were then incorrectly told they could get into the luggage compartment from the wheel bay.

That lie meant that they has very little to protect them for the extreme cold and wind.

Once in the air, the brothers had little chance to say goodbye to each other due to deafening jet engine while the cold sent their heart-rates plummeting.

“The noise was terrible,” said Pardeep told the Mirror just 10 months after his ordeal.

“As the wheels came up they were glowing hot. They were burning us.

“The wheel house was shaking. It was like an earthquake. My whole body started feeling numb.”

Mr Saini’s story has hit the headlines again after a stowaway’s body plunged 3,500ft from a Kenya Airways jet as it landed at Heathrow Airport last Tuesday.

Speaking to the Mail on Sunday, he said the recent tragedy triggered memories of his own trauma and the loss of his brother.

“I was in a depression for six years. If the two of us died, then it’s one thing, or if both of us lived, it’s another story,” he said.

“But I lost my younger brother, he was like a friend to me. We grew up playing together.”