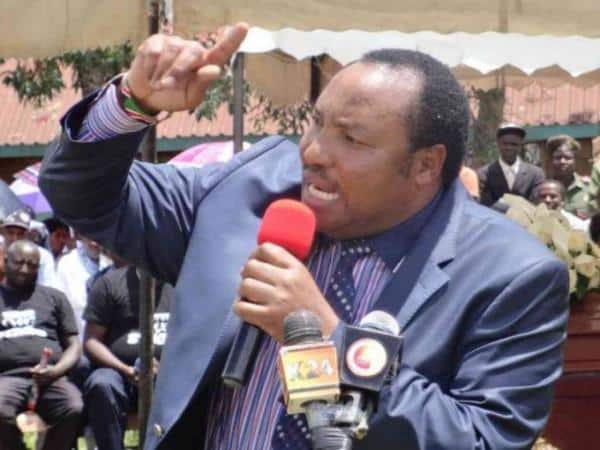 Two days after leaving Industrial Area Remand Prison, Kiambu Governor Ferdinand Waititu has claimed that he saw over 2000 youths from Kiambu rotting in the facilty.

“It was God’s grace that I was taken there to meet and see my people suffering in remand. The situation in there is unbearable and I have to do something to help my people,” he added.

Waititu also told those dreaming of his position after the court barred him from office until his case is over that there is no vacuum in Kiambi county.He said the governor’s trappings of power are not in the office but are with the person elected.

Speaking when inspected various projects in the county on Saturday Waititu said most of the jobs are not in the Kiambu office where the court has barred him from accessing but rather in places where residents live.

“Most of my duties involving building roads, markets, hospitals, and buildings which are not in his Kiambu office,” he said vowing to continue serving Kiambu residents.Waititu told residents that the ongoing investigations are not about stolen public funds, but about the tendering processes.

“All these noises are not about money stolen but about the tendering process and there are road projects to show for these processes,” he said.Waititu has been barred from office for the duration of the case involving the irregular procurement of a Sh588 million tender for the upgrading of various roads in the county.

Justice Mumbi Ngugi last week ruled that just like other civil servants, governors should step aside once charged with criminal offences and their roles taken over by their deputies for the duration of the trial.