Deaths of Kenyan billionaires that plunged kin in succession battles 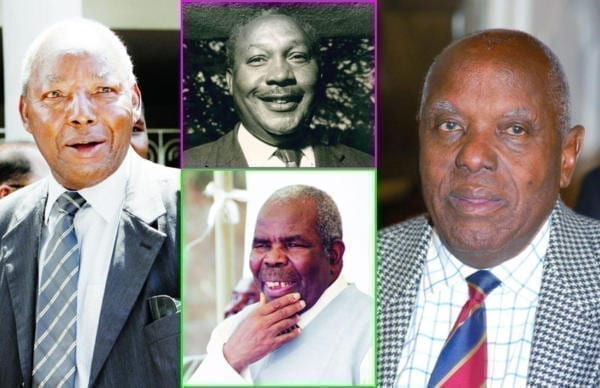 Deaths of Kenyan billionaires that plunged kin in succession battles: They lived in wealth and splendour, died and left behind billions of shillings yet their surviving spouses and children are living in squalor as they battle in court to control the vast estates.

That the granddaughter of the late billionaire and former Cabinet minister Njenga Karume could miss out on treatment over lack of funds due to succession dispute, is telling.

In her death, Michelle Karume has become the poster child of the succession battle within the Karume family and offers a peek into the complex financial matters once the patriarch of a family departs.

The result is bank accounts holding billions of shillings have been frozen, unable to benefit the dependents.

For instance, seven years since Karume’s death in 2012, his family is yet to agree on how they will share his estate. There are three cases pending in court.

In one case, the late politician’s children want to stop execution of the Will.

Karume left a Will when he died on February24 2012, a document prepared with the help of Iseme Kamau and Maema (IKM) Advocates.

The Will was propounded and proved on April 2014 and the High Court issued a grant of probate with the written Will on April 2014 to James Raymond Njenga, Stephen Ndung’u Karau and Francisca Wanjiku Kahiu.

The deceased also left a Declaration of Trust dated May 3, 2011 incorporating the Njenga Karume Trust.

The family is also embroiled in a legal tussle with the trustees the politician placed in charge of his estate, a dispute that saw the court refer the parties to mediation.

Succession battles form part of the 15,000 pending cases in the Judiciary that are more than five years old.

In November, the High Court is expected to conclude the succession case involving the estate of the late powerful minister Mbiyu Koinange.

The matter has been pending for three decades.

The beneficiaries of his estate estimated to be more than Sh10 billion, have tabled proposals on how the property should be distributed. Koinange died on September 3, 1981 without leaving a Will.

Two of his four widows want the property distributed equally among them as per the Kikuyu customary law while the other two propose that the estate be shared among Koinange’s 20 dependents including children, grand-children and daughters-in-law.

The sharing out of the late city tycoon and former Starehe MP Gerishon Kirima’s estate is also complicated by conspiratory factors of multiple spouses and half-siblings.

But even as they work on a solution in court, the estate continues to accrue debts such as tax owed to the Kenya Revenue Authority (KRA).

Last year, the Auditor General’s office queried why KRA had failed to collect millions of shillings in tax from the estate of the politician who died in December 2010.

The Auditor General said the outstanding ledger on the late Kirima’s estate stood at Sh374 million while the estate did not file returns in 2015 and 2016.

The late former Transport Minister John Michuki’s children are also locked in a legal battle over control of the Sh10 billion estate.

Yvonne Wanja – Michuki’s youngest child – moved to court to claim a sixth of her late father’s property, on the grounds that her two siblings who were granted powers by the High Court to administer the estate have caused one of the major assets to incur huge liabilities.

Justice Luka Kimaru had given the late minister’s children -Anne and Fred – letters to administer the estate following a successful application filed on December 14, 2012 after the demise of their mother Mrs Josephine Michuki.

They argued that their mother allowed them in her Will dated June 24, 2009 to be her personal representatives in legal processes. They also wanted their father’s Will, prepared on March 6, 1973, confirmed by the court and letters of grant given to them.

The family of the late spy chief James Kanyotu who served in former President Jomo Kenyatta and Moi’s regimes are also in a similar predicament.

Kanyotu died without writing a Will, leaving his two widows and children scrambling for the multi-billion shilling estate.

One of his widows, Jane Gathoni filed an inventory list in court that listed the late spy chief’s stake in 22 companies, his expansive parcels of land, cars and an unknown amount of money in several banks.

And three sons of the late billionaire Mbugua Mwangi, are also tussling over management of a family company that controls property in Kiambu.

At stake is control of the family company – Ndunde Investments Limited – whose portfolio includes pristine camping site, Paradise Lost in Kiambu County, Misarara and Kasarini Coffee Farm in Kiambu and the expansive Suguror Ranch in Laikipia.

Daniel Mwangi has sued his two brothers Isaac Gichia and Joseph Mbai for allegedly short-changing him.

Mwangi claims he has not received any dividends from the company and did not benefit from some Sh300 million from the sale of 20 acres of the family land in Kiambu.

In his suit filed at the Milimani Commercial Court and which was up for mention on Monday, he accuses his siblings of allegedly diverting revenue from the family business to personal accounts.

He said Paradise Lost generates about Sh50 million annually but the money was not deposited in the company bank account at CFC Stanbic Bank.

Mwangi said no money has been deposited in the account for the past 10 years.

In one of the oldest succession cases in the country, the family of the slain politician Josiah Mwangi (JM) Kariuki has been battling over his multi-million shilling estate for more than 32 years.

JM was survived by three widows Dorcas Nyambura, Terry Wanjiku and Esther Mwikali when he died in March 1975, leaving a vast estate comprising of huge tracts of land and shares in blue chip companies.  JM remembered for the phrase “Kenya has become a nation of 10 millionaires and 10 million beggars” also had an unknown amount of money in various banks.

The politician did not leave a Will and his children have sought the court’s intervention in the matter.

In March, High Court judge, Justice Aggrey Muchelule ordered that an application filed by one of JM’s widows seeking to set aside a decision that had included one of the properties she claims to be her matrimonial home in the state be heard.

The property on which Castle Inn stands was to be shared between Nyambura and Mwikali. Nyambura claims this has been her matrimonial home since 1975.

And the family of the late powerful Lands minister Jackson Angaine was ordered to surrender one of the properties in his estate to Ontulili Forest squatters.

The family lost the legal battle after the National Land Commission (NLC) recommended that 930 hectares of the land occupied by Angaine’s family in Mt Kenya be reverted to squatters.

NLC made the recommendations five years after Court of Appeal dismissed three cases that sought to compel the government, Angaine’s family and Home Grown Kenya Limited to settle more than 500 squatters on the piece of land or give them alternative land.

The land issue dates back to 1970 when six forest officers at Ontulili within Mt Kenya Forest in Meru County visited Kenyatta at his Gatundu home in Kiambu County.

They requested the founding father to excise part of the Ontulili Forest and allot them for settlement.