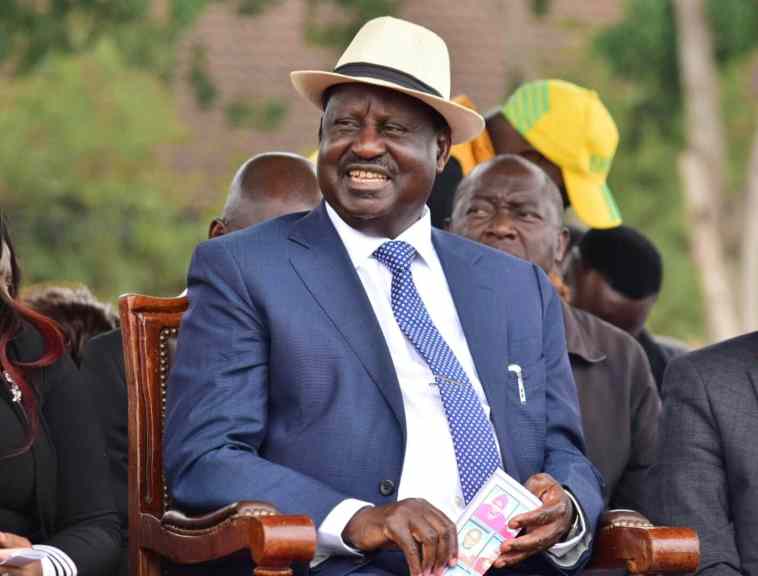 Raila ODM Party Received Ksh6.4 Billion from Kenya Government:  Orange Democratic Movement (ODM) Party received at least Ksh6 billion from the government this financial, something which is confirming that Raila is solely benefitting from the handshake and the through the party, he is getting finances for his activities.

According to ODM’s financial statement which was published in today’s papers, the Ksh 6 billion received seems to be the only asset ODM has if put together with the recently acquired building along Loyangalani Drive in Lavington, Nairobi.

ODM recently acquired the new headquarters at Ksh 170 million. The previous headquarter was on a building and land owned by Caroli Omondi, who is currently readying the piece for development of high rise apartments.

ODM has claimed that the money was part of the accrued debts which the state owed it from the political parties funds but political pundits question the timing of the money which seems to have boosted Raila’s machinery.

With the remitted finance, Raila’s party ODM has all the finances to challenge Ruto who is being positioned as the figure of hate in the Uhuru-Raila political partnership.

All state resources have now been directed at stopping DP Ruto who is currently criss-crossing the country marketing his 2022 candidature as the man closest to the “hustlers.”