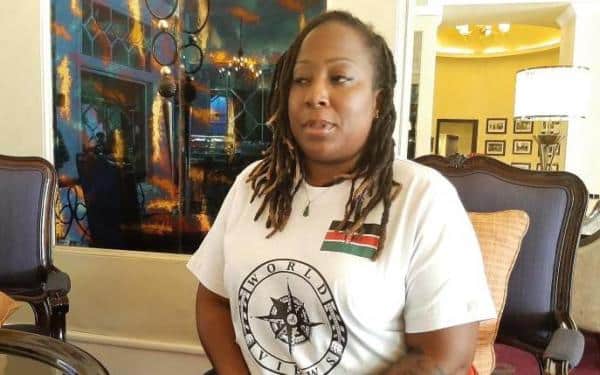 30 African Americans are in Kenya seeking for their roots: With her long but neatly kept dreadlocks and a white t-shirt emblazoned with a Kenyan flag, Kea Tiffaniy Simmons, looks every inch Kenyan.

She even has a Kenyan name, Wakesho Akinyi. It is only when she speaks that you can hear her rich South Carolina accent.“ I live in one of the most progressive cities in the US, but Nairobi is three times as many homes as the city of North Carolina,” she says.

Simmons is leading a group of 30 African-Americans on a five-day safari in search of their African roots. The visitors are drawn from UK and different parts of the US; North Carolina, Texas, New York, Virginia, Missouri, Florida, Alabama, Las Vegas-Nevada, Mississippi, Virginia, and Los Angeles, jetted into the country on Wednesday morning. But already, they say they have finally found their way back home and cannot wait to relocate.

Born in South Carolina, the mother of one is so determined to make Kenya her new home that she has taken up her new name, Akinyi, with gusto. “My second Kenyan name, Akinyi, means born in the morning.

It reminds me how good it feels to wake up in the morning and feel no discrimination or profiling based on race,” she says.British Jamaican Pat Headly, 65, reckons that East Africa is the best place for any African-Americans or African-Britons to settle.“ Some of us live in the UK not by choice but because of black history. Having lived in the UK for 55 years I can tell you with certainty that the experiences I have had have not been flattering,” he says.

Headly is already investing in real estate next door in Uganda. A trained engineer, he is exploring the prospects of investing in Nairobi’s real estate.Simmons, is already working on residency papers, and if successful, plans to apply for Kenyan citizenship.

But what exactly is the Kenyan magic that attracts them? Simmons smiles and goes into a long litany of Kenya’s magic, from the people who she describes as warm and friendly to its rainbow of cultures that blend seamlessly with Western values.“ The Maasai are the last Samurai,” she states with finality. In their itinerary before flying out on Sunday, Mombasa, where they expect to get new Kenyan names from a team of Mijikenda elders, will probably be the closest they come to their roots.