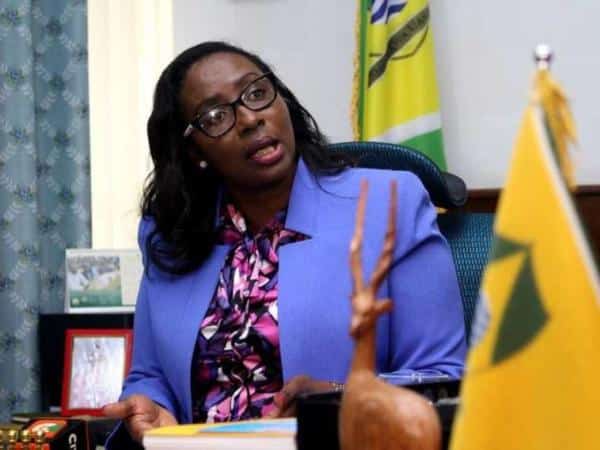 Events turned chaotic forcing police to step in to try and calm the situation. Teargas was lobbed into the speaker’s office forcing the groups to scuttle.

Addressing the media after the scuffle, the former nominated MP said the fight between herself and Guyo will end with each party respecting the other.

She further noted that should anything happen to her, he (Guyo) should be held accountable.

Roping in Jubilee Party secretary general Raphael Tuju into the matter, the embattled speaker said he has been delaying disciplinary action against the majority leader.

It is alleged that Elachi’s return was orchestrated by a few MCAs from the minority side without involving the house leadership.

Earlier on in the day, in the company of ODM ward representatives, she said that she was returning to “bring back sanity” to the assembly.

She also announced that all MCAs will be required to sit in three committees as per the law and one sessional committee.

They will also no longer be allowed to travel without the signature of the Speaker.