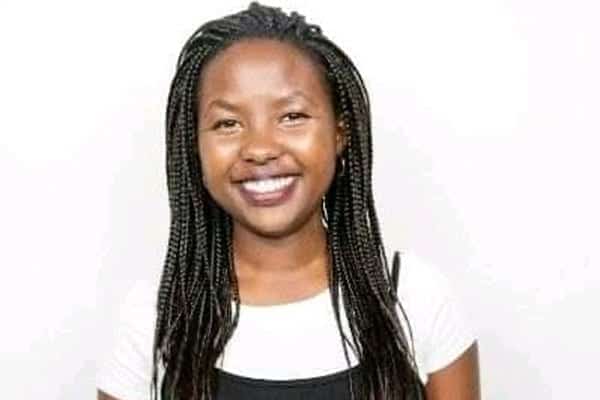 US medics reveal cause of Diaspora Norah Chelagat’s death: Four months after a lifeless body of a Kenyan student was found in her room at Stanford University, the Santa Clara Medical Examiner’s Office has revealed the cause of her death.

Norah Borus Chelagat, 24, committed suicide from poisoning according to the report that was released last week by the examiner.However, it is still a mystery on why the best girl in Nairobi County in the 2013 KCSE exams took her own life.

Norah who was a student at Precious Blood Secondary School, Riruta, was the fourth-best student in Kenya in 2013.She joined the California-based Stanford University in 2014 where she pursued Computer Science Engineering and according to the institution, she was passionate about artificial intelligence and machine learning.

She pursued her studies until June 14, 2019, when she was found dead in her room.The deceased was interred on June 29, at her father’s farm in Ray Farm, Moiben Constituency in a ceremony that was graced by Elegeyo Marakwet Governor Alex Tolgos.

Cases of Kenyan students being found dead abroad have been on the rise with the latest causality being Erick Kang’ethe, a computer engineering student at the University of Massachusetts.

According to the institution’s spokesperson Mary Dettloff, Erick’s body was found by the University Security lying in the vicinity of McGuirk Alumni Stadium at night. The Massachusetts State Police have since launched investigations into Erick’s death to unearth the reason behind his demise.

However, the region’s district attorney’s office spokesperson Mary Carey said the death was non-criminal in nature and they did not suspect any foul play.Reports indicate that Eric was born in Nairobi before his family moved to Massachusetts where he graduated from Doherty Memorial High School in Worcester.“Kang’ethe spent time volunteering with Worcester-based organization Cultural Exchange through Soccer.

He was involved in the organization’s youth team, Worcester World Cup and received a scholarship from Cultural Exchange through Soccer this year,” a local newspaper reported.

US warns its citizens against travel to Kenya

After Moving back to Kenya, she provide a nest for bright girls

KENYAN MP WITH THE MOST WORN OUT PHONE