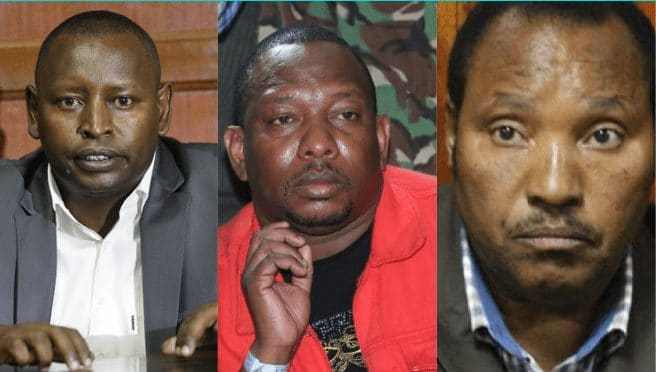 The Court of Appeal has upheld Justice Mumbi Ngugi’s ruling that governors charged with graft should be barred from office.

In the July ruling, Justice Ngugi held that governors, just like other civil servants, should step aside once charged with criminal offences and their roles taken over by their deputies for the duration of the trial.

“What message does it send to the citizens if their leaders are charged with serious corruption offences and are in office the following day, overseeing the affairs of the institution?” she said.

Court of Appeal Judge Jamila Mohammed on Friday, while referring to the case of Samburu Governor Moses Lenolkulal, stated that the High Court ruling that denied him access to County offices was constitutional as the governor’s seat was not vacated.

In her ruling Justice Mohamed also dismissed an appeal by Kiambu Governor Ferdinand Waititu who was also barred from office after he was charged with several counts of corruption and abuse of office.

Another governor affected by the ruling is Mike Mbuvi Sonko who recently pleaded not guilty to 19 counts of graft charges.

The Council of Governors had also vowed to challenge Justice Ngugi’s ruling at the Supreme Court.

“As a matter of common interest, the county governments will urgently move to court over the ruling seeking governors to step aside when charged with corruption, as has been witnessed in Kiambu, Samburu and Nairobi counties, ” Council of Governors Chairman Wycliffe Oparanya said on Tuesday after a five-hour meeting with governors.

Governor Lenolkulal was charged in April over loss of Ksh84 million from county coffers.

Waititu was charged with graft In July over Ksh588 million irregular tender.

Waititu, his wife Susan Ndung’u and several other people are accused of irregular procurement of a tender for the upgrading of various gravel roads to bituminous surface in Kiambu County.

He was on Thursday impeached over gross misconduct and abuse of office. His fate now lies on Senators who are expected to debate his impeachment.

On the other hand, Sonko is accused of misappropriating Ksh357 million from the county coffers.

He is also accused of irregularly awarding tenders to his close aides and forging documents leading to the loss of millions of shillings.