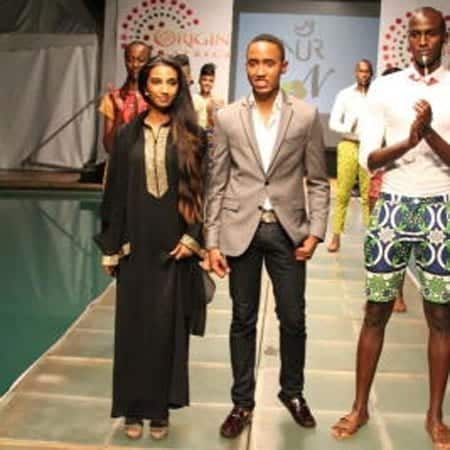 Sports Cabinet Secretary Amina Mohamed has been on the spotlight for various reasons, ever since she was appointed to the Ministry of Foreign Affairs, Ministry of Education and the Sports docket.

However, her daughter, Firyal Nur Al Hossain, has managed to maintain a low profile, despite the fact that she has been scaling heights in Hollywood, US.

Just like President Uhuru Kenyatta’s son, Muhoho, Nur is also a fashion designer, with her own clothing line, Capsule (African Luxury Streetwear), as reflected in her Instagram account.

A report by The Standard in 2014, stated that the two partnered in a new venture, Capsule Collections, which won the Showcase Designer of The Year Awards in the Emerging Designer Category.

Nur’s collection ranges from khanga shorts and cotton shirts to a blend of Ethiopian fabrics and some exotic pieces.

Her designs have been admired by famous celebrities. During Paris Fashion Week in 2014, power couple Kanye West and Kim Kardashian made orders of her design.

“Kanye and Kim Kardashian fell for my designs in Paris.

“My vision is to establish a flagship store here and make our products affordable to the Kenyan market,” Nur stated after affirming that she had made her mark in Europe and America.

Firyal grew up in New York and Geneva, Switzerland. In 2012, she graduated with honours at the United States International University, Nairobi, after studying international relations.