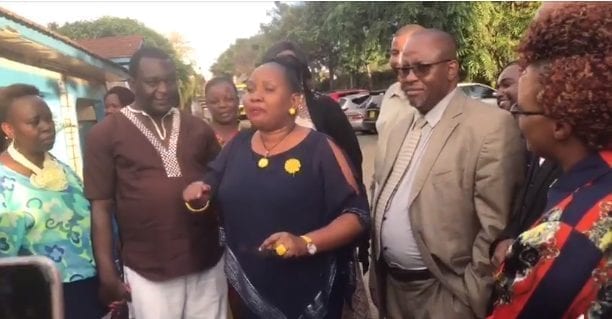 Pastor Susan Munene of the Twa Twa fame is at it again,this time addressing pastors on the street. Pastor Susan of  Overcomers Hope Ministry Kasarani, Nairobi came to the limelight few weeks ago when a video of her went viral just because of the interesting message of Twa Twa being delivered in church.

In another video doing the rounds in social media,Pastor Susan is seen address men of God and led them to prayer asking God to give them more energy for Twa Twa.

After the first video went viral,Pastor Munene said in an interview that a couple in the US sent the main highlight of the video to Churchill which made the video go viral.

“Someone picked the CD and they went and practised the message and it worked for them then they gave another couple. So the couple they gave are the ones who actually took the highlight of that CD and sent it to one of their friends in the United States who now sent it to Churchill (Daniel Ndambuki),” says Pastor Munene.

Here below is another video of Pastor Susan during an interview at Gukena FM Kenya. Sorry that it is in vernacular.

Marry Him! Qualities of a husband material