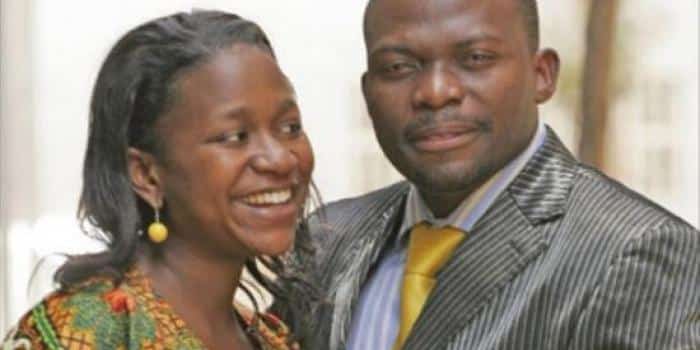 According to a statement sent to Kenyans.co.ke, Timberlake left his first wife Mueni in 2011 and married former KTN news anchor Esther Arunga and after the two moved to Australia, the controversial preacher seized channelling financial support to Mueni and their three sons.

Their youngest son, Cassidy Zuma Timberlake, scored 379 marks, after which the boy received a letter to join Chania Boys High School in Thika, but his mother has not been able to raise the money needed for his admission.

“His mother has applied for a bursary but has not succeeded, unfortunately, she was evicted from her house in Umoja for non-payment of rent last Monday, on the very day Form One students were due to report to their respective schools.

Despite having a good life in the past, Mueni has been living at the mercy of well-wishers who helped take care of her three sons in the city.

“Mueni’s relatives have refused to help her or some are unable due to poverty. She is all alone,” added the statement.

Their mother took to selling charcoal and vegetables but the income has been unsteady, leading to unending evictions.

Mueni has also been forced to sell her furniture to support the family.

Cassidy fees amounted to Ksh 53,554 per year, with Ksh 38,298 being necessary for Form One admission.

Quincy Timberlake was arrested and charged with the murder of his own son, Sinclair, in 2014.

Timberlake was accused of killing the three-year-old child by punching him in the stomach.

Arunga was also charged after she failed to give a true account of the unfortunate events, where she allegedly lied to save her husband from murder charges.