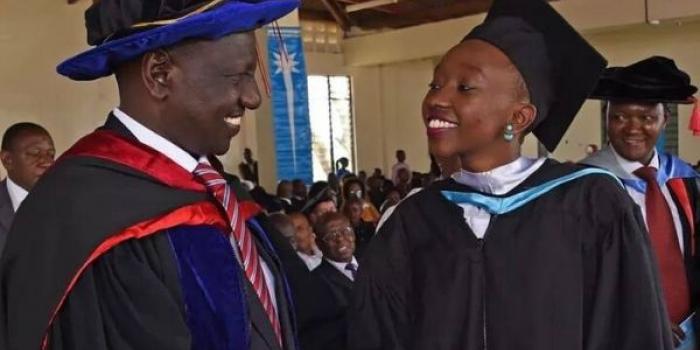 Deputy President William Ruto is the second most powerful man in the country, hence, he gets a lot of media coverage from the press. However, his family members have maintained information about their personal lives under wraps.

Charleen Chelagat, the second-born daughter of the DP is a director at her father’s Weston Hotel in Lang’ata, Nairobi.

Chelagat is in charge of public relations and branding at the famed high-end hotel that offers various services including; accommodation, conferencing, health club and dining.

The DP’s daughter, who boasts experience as a PR specialist has worked at the establishment for one year and five months according to her Linkedin profile.

Previously, she worked as a PR and media relations officer at Mobile Decisioning Holding Limited for a period of two years.

PR involves sustaining a good image for a company, organisation or brand.

Prime Property In Nanyuki With Breathtaking views of Mt.…

Some of the roles they are tasked with include; planning publicity strategies and campaigns, dealing with inquiries from the public, the press and related organisations.

Other responsibilities include; speaking during press conferences and presentations, analysing media coverage, writing and producing presentations and press releases.

For her undergraduate, Chelagat attained a degree in communication from Daystar University in 2015.

Afterwards, she attended the Les Roches International School of Hotel Management in Switzerland, where she graduated with an MBA.

On the other hand, Chelagat’s elder sister, June Ruto, is a Chargee D’Affaires (CDA) in Poland.