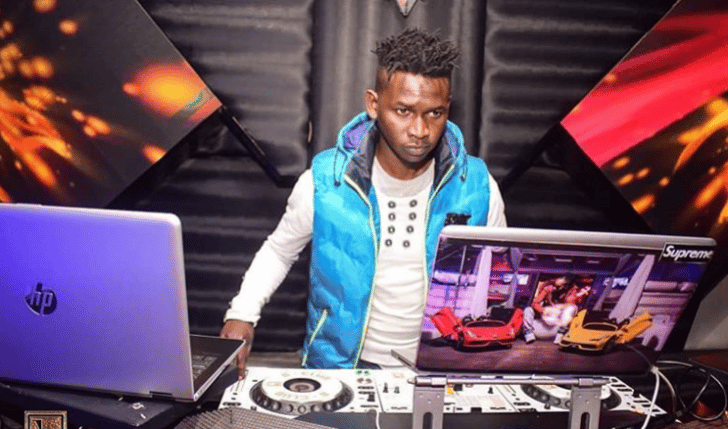 Felix Orinda popularly known as DJ Evolve is still alive after he was shot at B Club by a man believed to be Embakasi East MP Babu Owino.

Rumours had been rife online that the DJ had been shot and killed.

However, on Friday afternoon, a video of him laying on a hospital bed was posted on a friend’s Instagram page.

Reports indicate that the DJ is currently at the Nairobi Hospital where he was rushed after the Friday morning incident.

In the video seen by Citizen Digital, Orinda is asked how he is doing, to which he responds: “I’m pushing on.”

Mikey Likulu, who apparently went to high school with Orinda, assures him saying: “I’m so sorry bana, you will be well, sawa?”

According to Likulu, the DJ is in critical condition and had been scheduled to undergo a surgery to remove the bullet from his neck.

“He is responsive and was able to recognize me by my full names as I entered the room but is unable to move from the chest downwards,” Likulu’s post reads.

He further revealed that DJ Evolve intimated that he was in a lot of pain at the time they spoke.

His parents and other family members were also at the hospital waiting for the scheduled surgery.

Babu Owino was arrested on Friday morning moments after DJ Evolve was rushed to hospital.

Lawyer Cliff Ombeta, who is representing Babu Owino, insists that the lawmaker was provoked which is what led to the shooting.