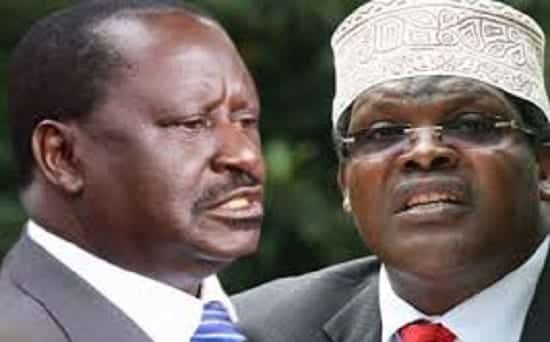 Raila Odinga has finally spoken,he has revealed the truth about Miguna Miguna and how his arrogance and stubbornness  has kept him away from Kenya. Raila says that Miguna’s issue has been blown out of proportion

Raila Odinga spoke of how he talked to President Uhuru Kenyatta to include Miguna in the Handshake package and the president agreed. They invited Miguna to come back from Canada but when he arrived,Raila learnt that he was denied entry and stuck at the airport.

The following day Canadian official come with some papers for Miguna Miguna to complete to let him out but Miguna tore the papers. That is the truth Miguna is not telling so the onus is on him and should go back to Canada, visit the High Commission in Ottawa to get the papers. Those are the facts.

Kenyan man who migrated to Canada in 1969 returns to Kenya…