If death were not there, how would the inheritor get things? Well, Rungu Ya Nyayo has changed hands, and also changing is the tune in which the late Nyayo is being described.

The late Daniel Toroitich Arap Moi was a powerful yet also an ordinary mortal being.

Its the season of Ushenzi and Upuzi politics and boy, the verbal diarrhoea is mind boogling.

Kiss and make-up, then break up at City Hall || Bull’s Eye

From Tangatanga and Kieleweke to BBI and now all talk is about Presidential or parliamentary system of government.

Who knew that being a mere witness could earn one instant fame? Just being there, is now a profession but a risky one as Kenya’s self proclaimed super witness, is finding out. It has been a period of trying out new things from the political to the spiritual and tea can after all be very divisive, as Emmanuel Juma now reports on bullseye. 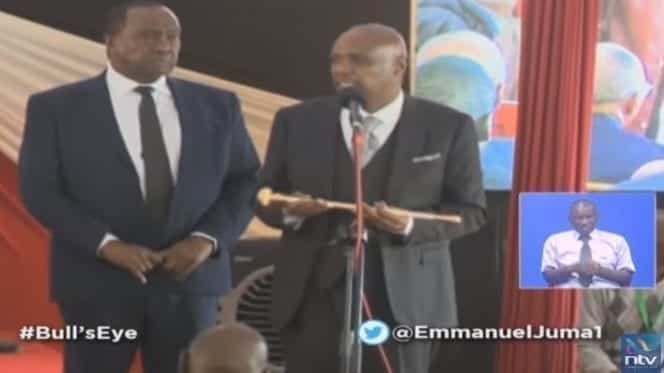 Optiven Gala Dinner: *Thank you for your support*

Video of the Day: The Moment Usain Bolt was Knocked Over by a Segway