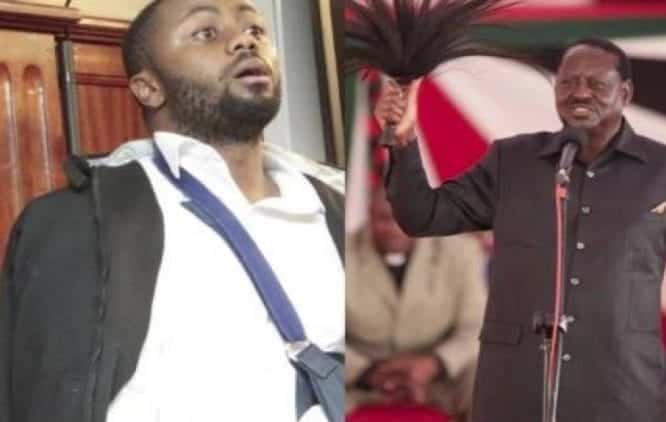 Speaking in Maranda High school during the school’s 100th-anniversary celebrations, Odinga made a light moment out of Irungu’s release in relation to what netizens were saying.

The release on bail coincided with the former Prime Minister’s chant ‘Jowi Jowi Jowi’ during the burial ceremony of the late former President Daniel Moi.

Raila, however, denied having any involvement in Jowie’s release and dismissed the occurrences as a mere coincidence.

Kenyans online were quick to notice the coincidence and had a lot to say about the two incidents.

Daniel Motari – Jowie is finally a free man after Raila sang about him yesterday in Moi’s funeral.

Thomas – Raila is a true enigma. His Yesterday’s chants at President Moi’s burial ceremony Jowi… Jowi…Jowi… has worked wonders. Jowie Irungu has finally been freed from prison on a cash bail.

Arthur Mbugua – Just yesterday, when I heard Raila chanting Jowi, Jowi, Jowi it never crossed my mind that he could have been referring to Jowie Irungu’s cash bail.

Surprising: Somewhere in Nairobi there is an honest Policeman