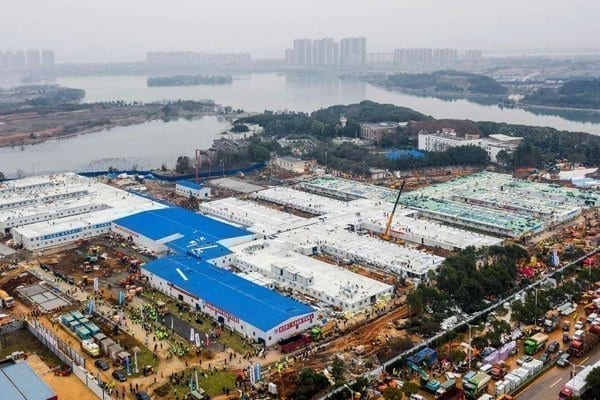 It’s around 5:00 p.m. in China when the telephone interview with a Kenyan student in Wuhan starts.

Waigwa Njogu tells the Nation that life the past few weeks has been daunting. Throughout the hour-long phone call, he asks over five times why the Kenyan government has abandoned them.

Despite his anxiety over government inaction, Mr Njogu sounds remarkably relaxed even as he describes life under lockdown.

The Chinese government placed the city, which is the epicentre of the coronavirus epidemic, on lockdown back in January 23. All transport, including trains, flights and public means were cancelled.

The severe restrictions are meant to prevent spread of the disease. However, it has made simple tasks such as grocery shopping and eating out nearly impossible.

“Life here is too depressing, imagine sitting in a room by yourself for days on end. There is little to do. Police are constantly monitoring people who are out and about. The Egyptian students were evacuated today (Sunday) and what I keep wondering is if that will be the same for us,” he said.

Spirit of Harambee Seeing Us Through: Diaspora checking on…

The father of one and PhD candidate at the Chinese Academy of Sciences in Wuhan says the Kenyan embassy has asked them to give an updated list of their names and numbers.

“When they first asked, we got excited but by the third time it felt like something they are doing to seem like they care. They have never sent us food supplies,” he said.

Mr Njogu says that they communicate amongst themselves via WeChat, a popular Chinese messaging app. Kenya’s deputy ambassador to China is also in the chat group.

He added that they are currently 42 international students who rely on the institution for food and they know that the supply will soon run out.

“The food ration is based on goodwill and the last time they delivered this was a week and a half ago. When someone lends a hand you cannot ask for more, and so supplies like toilet paper and toothpaste have run out,” he said.

Njogu said that most supermarkets and pharmacies are closed and while he has tried to reach out to some friends to send supplies, that has proved impossible.

“One of my friend lives an hour away and she says that supermarkets such as Walmart have tripled their prices. Even if she could afford to buy me a few things there is no working transport system and so I remain at the mercy of well-wishers,” he said.

Even if he could travel on his own, Mr Njogu says that quarantine regulations prevent him from leaving Wuhan. There are also no subway or taxis to get him to the airport which is an hour away he explains.

While he has been in constant communication with his family, Mr Njogu says he has no way of assuaging their fears since he has no idea where his next meal will come from or if the government will get them out.

Last week, outgoing Health Cabinet Secretary Sicily Kariuki said that the option of evacuating them was “not on the table”.

Additionally, Kenya Airways has suspended its flight to the country.

Germany, France, Australia, US, Italy, Spain, India, New Zealand, Japan and Turkey are some of the countries that have evacuated their citizens from Wuhan.

As for Mr Njogu and other Kenyans, they can only wait and hope for the best.