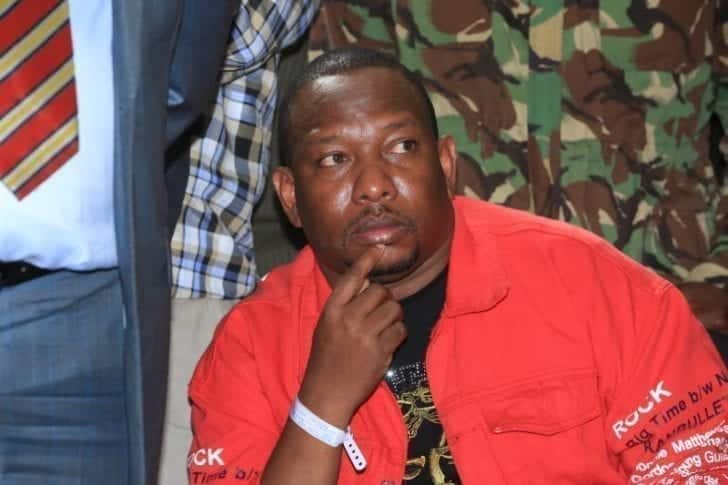 Governor Mike Mbuvi Sonko was in his Upper Hill office when his phone rang. The people around him, including a bevy of aides and Members of County Assembly from Nairobi who all pledge allegiance to him, saw a noticeable change in his demeanour.

The number was familiar. It was one he used to dial frequently during the infancy of his tenure. Of late though, all his calls to that number were not getting through. Another guest in the office, a university student, now pregnant, also sensed the occasion. Something big was about to happen.“Nimeitwa State House,” he said. It was 10am.With that, the governor of the great city of Nairobi left in a huff.

He needed a break from the noise that had come to characterise his tenure. The last three months in particular have been brutal. An arrest, an arraignment and a county assembly itching to send him home. The mid-morning phone call, according to someone who was with him provided a much needed chance at redemption — or at least he thought. Two things were playing in his mind as he made the two-kilometre journey — his impeachment and his ongoing graft case that would be before the courts in less than 24 hours.

On Thursday February 20, Makongeni MCA Peter Imwatok, gave notice of his intentions to move an impeachment motion in the County Assembly on the removal of governor from office.

Imwatok had two main grounds: Abuse of office and gross violation of the constitution.As he cited specific instances that numbered more than 20, his motion was punctuated at instances with laud applause from present members. These did not however drown out the voices of Sonko supporters, some of whom, like Roysambu Ward MCA Peter Warutere, were kicked out for causing a ruckus in the house.The days that followed Imwatok’s submission were mired in the chaos, fueled by a partisan, handpicked, dyed-in-the-wool Sonko supporter first and Speaker second, that have characterised the Governor’s reign.

“If you really indeed love your governor, you know you just need the numbers,” Speaker Beatrice Elachi said.In less than a week, a lot of love from his defenders within the assembly would have run out. And many of those who had publicly sworn to stand by him through the good and bad times would distance themselves, congregating in small groups plotting on aligning themselves to the powers that be since his downfall. Just like Raila Odinga’s reggae beat, the downfall was unstoppable.

The ride from Upper Hill to State House is a short one. As he walked out of his car, his driver was instructed to leave the premises. He would be called to pick his boss at a later time.In attendance was Uhuru, Senate Speaker Kenneth Lusaka, Devolution Cabinet Secretary Eugene Wamalwa and Attorney General Paul Kihara.

There were several other people present too. But it is these who piqued Sonko’s interest.For the past year, his in-tray has included distraction from politicians, a looming impeachment that could eventually fall in the hands of Lusaka, difficulty with the law whose custodian is Kihara and the supreme authority in the land, President Uhuru Kenyatta.

Together, these men could restore the city and its governance to the default factory settings and give Sonko a clean slate on which to start. For a moment, he must have thought this was the case. The hours that followed proved otherwise.As he was walking into State House, the Assembly he has controlled for just over two years through intimidation, handouts and character assassination had descended into more chaos.

For close to a month, Sonko’s administration had tried to sack three employees through a public notice placed in the dailies. Among the individuals Sonko wished to let go of were the county Executive Committee Member for Finance and economic Planning Pauline Kahiga. The government printer however failed to gazette these. This was not the only sign of the times. On January 23, First Lady Margaret Kenyatta launched a medical camp at the Mama Lucy Hospital in the ongoing Beyond Zero Medical Safari series.In the run-up to the event, strict communication was sent out to the county government from the office of the First Lady.

There was to be neither Sonko nor his MCAs at the event. The only representatives from the county were Speaker Elachi and Health CEC Vesca Kangogo.“I think Sonko missed the event because of the court order barring him from office. I also suspect the First Lady wanted to respect the law,” Elachi said (see separate story). Apart from these tell-tale signs, there were more obvious warnings to the flashy governor.

A week to Tuesday, a Chief Administrative Secretary who was once close to the governor visited him and told him of an improbable plan. A plan that involved Nairobi being reverted to the central government and him being impeached.But Sonko, relying on his numerous informers asked around for the veracity of the CAS’s claims. No one else in his circles had heard of this plot. He dismissed the plan with a few choice expletives and argued the message was another ploy to destabilise him.

Over the weeks, his mood had been buoyed by the numerous MCAs and influence peddlers trooping to his office. It has mattered little that they were there to serve their interests only.The impeachment debate and the corruption allegations before court have rattled the wall-punching governor. As a result, he has resorted to buying assurances from a section of MCAs who in return have to vow not to vote for his impeachment once it gets to the floor of the assembly.

Every morning, brigades troupe to wherever he is…each determined to leave the governor’s office with some money. Some, approach him on purely fictitious claims that touch his ongoing issues, the severity of the impeachment threat and most importantly they come armed with a verbal invoice of how much it would cost to ‘fix’ things.Panicked, Sonko almost always parts with cash which the ‘fixers’ pocket, leaving him sipping his new favourite drink – tree tomato juice.

A close city politician estimates that Sonko could have spent close to Sh40 million worth of handouts to politicians, fixers and journalists since his troubles began.“MCAs are going for their pound of flesh,” the close confidant says. “And once outside the door, they plan for his succession.”On Wednesday, a group of MPs from Mt Kenya met at a hotel along Kiambu Road to look at viable options should an impeachment fly.

Many of these were, earlier in the day, at Sonko’s office, pledging their allegiance and dedication to him.The narrative is that Sonko has taken these changes in stride. He tells people, at least in public, that he is now sleeping better. He has less pressure and that finally his dream for a great Nairobi will be achieved through collaboration with the national government.“We established that cities and metropolis, the size of Nairobi, are best served jointly by devolved units and central governments.

Equipped with this knowledge, and in my capacity as the governor, I initiated discussions with the national government…,” Sonko said in a belated statement on the pulling of the rug from under his feet.Privately though, he is uncertain. With most of the influence that his office brought taken away, he does not know what the future holds.

On Wednesday, some of his accounts were frozen. Critical departments within the county government are also not in his control.Without the money that made him popular as a result of impromptu handouts meant to cover up cracks and failures of his times in office – MP, Senator and now Governor — as well as a looming court case, a Sonko comeback could be a big ask. Plus, previous close friends and advisors do not visit as frequently as they did.

“They know he has no money now,” another close confidant who has worked with Sonko for years said. “So they have no use for him.”In Sonko’s eyes though, everything is possible. A shift in faith. He has become noticeably churchier in his social media posts talking of persecution and drawing strength from challenges and quoting the odd Bible verse.

He has moved away from the name-calling and whisky-drinking posts.He has even shed the assorted metals that weighed down his fingers, ears and neck. He’s trying hard to clean his act. Too bad, the cleanup of the mess he has presided over for too long has started with him, and without notice when he was presented with a set of documents to sign at State House with no legal representation to interpret them for him.“There was no time even to negotiate what he could and couldn’t do,” another close confidant said of the State House event. “He knew things were bad when he saw the City Hall seal on the table, yet he had carried nothing from his office.”He has told people he was duped into signing things he did not understand.

The carrot being the “sorting of his issues in court”.The very next day, he realised he got the short end of the stick. There was no relief from his ongoing prosecution.As the days turn to weeks, ardent supporters within the political class are looking to discover where the next centre of power for Nairobi will lie, and then gravitate towards it. Without power, influence or money, the centre will definitely not be Sonko. And deep down, he knows this too.