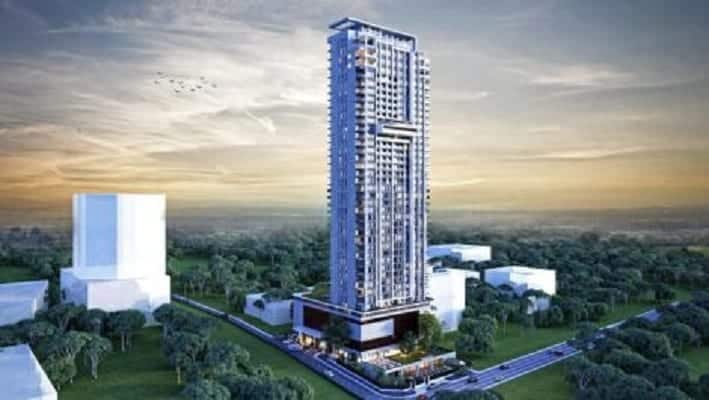 In recent months, we’ve heard of so many proposed skyscrapers that are tipped to tilt the Africa height balance to Nairobi.

A few years ago, there was talk of a 70 storey structure in Upper Hill dubbed The One. It would have been Africa’s tallest skyscraper but not much has been heard of it since.

Then there was Jabavu Village Ltd which had reportedly submitted a proposal to NEMA to build a total of 75 floors, split in two blocks. Tower 1, set to be the tallest in the country, would have 45 floors with Tower 2 having 30 floors. The building would have been constructed on a 2.5 acre plot at the junction of Upper Hill Road and Haile Selassie Avenue, but again, nothing has been heard since news broke in October last year.

Of course construction is already underway to transform Hazina Trade Centre into the tallest structure in the country, standing at 39 floors. It is believed this milestone will be achieved next year.

Britam is also building their headquarters in Upper Hill – a 31 floor glass skyscraper.

Of course this is just next to the nearly completed KCB Plaza.

And the Prism Tower

And not very far from UAP Tower.

This is how they describe it on their website.

Africa’s visionary project, Upperhill Square is located in Upper Hill, which is one of Africa’s most sought after commercial business districts. This iconic and hitherto unparalleled development will be Nairobi’s iconic landmark and is poised to be one of the tallest towers in Africa. It comprises of 66 floors standing at a height of approximately 290 metres. The project is set on a 2.3 acre property and comprises of approximately 16,000 square meters of retail space, a 200 key premier mid-scale business hotel (Akwa Premier), 356 residential apartments and approximately 16,000 square meters of commercial office space. At the apex of the tower will be a viewing deck of 1,500 square meters and a Private Members Club.

Here are some renders for Upperhill Square.