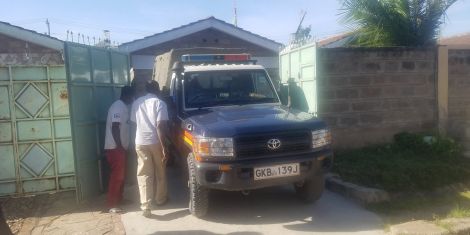 The Standard was first to report that the body of the officer who was on duty when ex-CS Rashid Echesa visited the office in connection to the fake Ksh39 billion arms deal was found with a bullet wound in his house in Imara Daima, Nairobi.

His body was found by a cleaner on Thursday afternoon, February 20, at Villa Franca Estate in Imara Daima. The officer was to record a statement on the scandal but went missing, failing to show up at DCI offices. 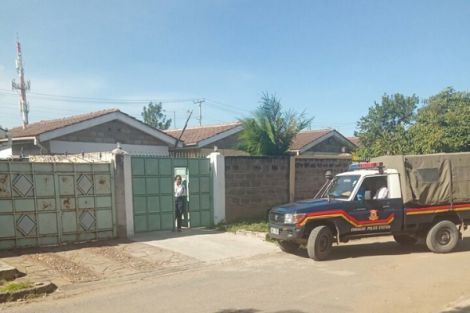 Police were spotted at his home after they were alerted of the occurrence.

Ruto is darling of majority of Kenyans,he will be the fifth…

“I can confirm the name of my neighbour, Sergeant Kemei, a police officer attached to DP Ruto and believed to be working at the Harambee House Annex. He was found dead with a bullet through his head,” the neighbour tweeted.

Embattled former Cabinet Secretary, Rashid Echesa, on Tuesday night, February 18, argued that visiting DP Ruto’s office was not a crime, adding that the two were close friends who did not need formal channels to meet.

“The deputy president is my friend. We’ve been friends for a very long time. I don’t even need an appointment to see the DP,” he emphasised.

On Wednesday, February 19, Ruto wrote to Inspector General of Police Hillary Mutyambai calling for an investigation into illicit dealings that were conducted at his Harambe Annex office.

In the letter seen by Kenyans.co.ke, Ruto asked the police boss to conduct thorough investigations into the allegations involving an illegal Ksh39 billion arms deal that was allegedly conducted at his office on February 13.

This is after embattled former Sports Cabinet Secretary Rashid Echesa was arrested on February 13, following a raid by officers from the Directorate of Criminal Investigations over a fake military equipment tender, with meetings claimed to have been conducted at Ruto’s Harambee House Annex office.

Echesa was on Monday, February 17, charged with 12 counts of fraud including an attempt to create a document with intent to defraud the Polish military dealers. He was released on a Ksh1 million bail after pleading not guilty to the charges.