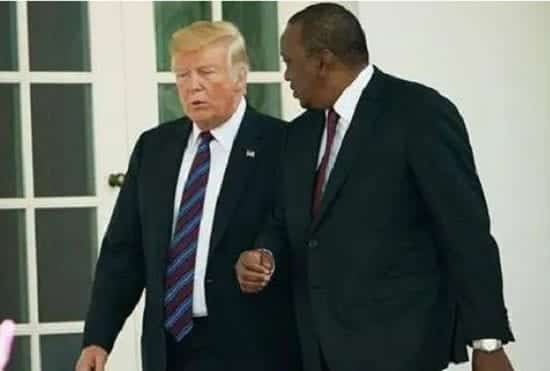 Health CS, Mutahi Kagwe, while addressing the media on Friday, March 27 at Afya House, Nairobi, announced that Kenya would not be releasing any medics to the United States after the US government made an appeal to all nations.

We encourage medical professionals seeking work in the U.S. on a work or exchange visitor visa (H or J), particularly those working on #COVID19 issues, to contact the nearest U.S. Embassy/ Consulate for a visa appointment. Please see more information here: https://t.co/oD9De7EIoW pic.twitter.com/thqAt73gCx

“We recently asked our medics who were on leave to return to work. We will not release our doctors. If a request comes and we are able to help, then we will do it on the basis of government to government and there would be no individual moves ( a medic’s voluntary initiative). However, this is an international issue. No one is superior and inferior,” Kagwe responded.

The United States government, under President Donald Trump, has reached out to medical practitioners in the entire world, seeking for help as Coronavirus (Covid-19) cases upsurged in the US. 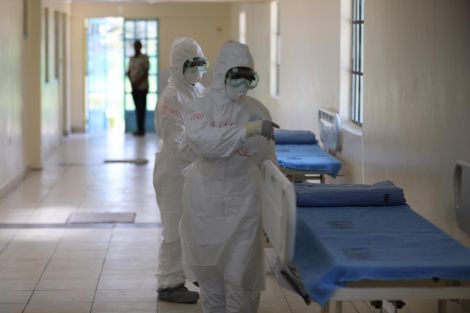 According to a report by CNN on Friday, March 27, the US now has the highest number of known cases of Coronavirus in the world with more than 82,000, surpassing China and Italy.

On Thursday, March 26, the US Department of State, Consular Affairs made the plea via their website and social media pages, urging medical professionals to seek an appointment with their embassies.

“We encourage medical professionals seeking to work in the United States on a work or exchange visitor visa, particularly those working to treat or mitigate the effects of Covid-19, to reach out to the nearest embassy or consulate to request a visa appointment.

Kenya is one of the countries that have been affected by brain drain over the past years, as students and professionals, especially those in the medical field, relocated to the United States in search of greener pastures.

“The migration of trained health workers from poorer countries to richer ones exacerbates the problem of already weak health systems in low-income countries battling epidemics of infectious diseases like HIV/AIDS and tuberculosis (TB) and malaria and lately, Ebola,” Matiang’i stated during the 6th Annual Medical Education Partnership (MEPI) Symposium in Nairobi.

As Trump reaches out for help, many nations including Kenya are also fighting the Covid-19 outbreak, with 31 cases and one death confirmed in Kenya. Other African countries that have confirmed cases include Nigeria, Rwanda, Tanzania, Ethiopia, with South Africa already on lockdown.

One critical issue staring in the face of African nations is the weak health system, with the countries depending on foreign aid, from the World Bank and philanthropists such as Jack Ma, who donated 20,000 test kits, 100,000 masks and 1,000 medical protective suits and face shields.

In Kenya, medical practitioners have lamented over the lack of medical equipment as they face the tragedy. The Kenya Medical Practitioners, Pharmacists and Dentists Union urged the government to recruit 5,000 more health workers.

“We need an additional 1,000 doctors, 3,000 nurses, 500 psychologists and any other cadres. A minimum of 5,000 workers,” KMPDU Secretary-General Dr Ouma Oluga stated in an interview with Citizen TV on Thursday, March 26.

On Tuesday, March 24, Trump was in the spotlight for reportedly issuing misleading information as he made an address at the White House on Friday, March 20, claiming that three drugs, chloroquine, hydroxychloroquine, azithromycin drugs had shown positive results in treating the Covid-19 virus.

Kenyan medics raised an alarm on how the drugs were then purchased over the counter, without prescription as Kenyans sought the cure for Covid-19. 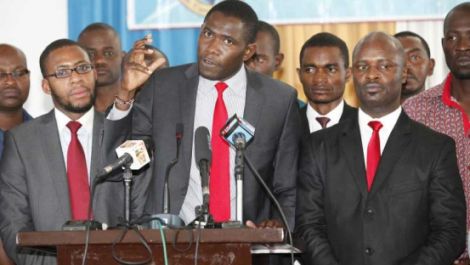