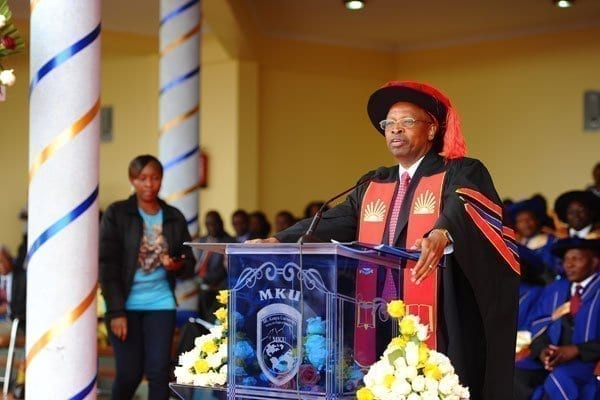 A top Kenyan scientist is putting up a multibillion-shilling research and drugs production facility in Naivasha.

This comes months after he resigned from a manufacturing company in the US, where he has been for the past 30 years.

Dr George Njoroge was, until December last year, a senior research fellow at Lilly and Company and is behind the discovery of anti-HCV viral drug Victrelis’ (also known as Boceprevir or SCH 503034), a therapy for Hepatitis C treatment.
Dr Njoroge has already embarked on setting up the project, dubbed Centre of Africa’s Life Sciences (COALS), on a 400-acre piece of land.

The facility, which will employ about 10,000 people, has a starting capital of Sh20 billion.

The project will have facilities such as hospitality, convention and leadership centre, innovation village and botanical gardens, drug manufacturing, university of life science college of pharmacy and a cancer research and management centre.

“We have already started the work, which is building road networks so that the project can start immediately,” said the researcher, adding that the county government of Nakuru has committed to support the project.

Dr Njoroge told the Sunday Nation that the project will be a game-changer in research, saying several pharmaceutical companies have already expressed their willingness to support the initiative.

He disclosed that after working for 30 years in the US, he decided to come back and serve Kenyans through the initiative.

Dr Njoroge said the project aims to create a world-class institution that will promote and nurture growth of biotechnology in Africa.

SCIENCE PRODUCTS
“We intend to establish an enterprise where top scientists across the world and their entrepreneurial counterparts will converge to foster a relationship that will culminate in innovating the best life science products that will benefit humankind,” said the researcher.

The project, through its hospitality arm, he said, will establish an attractive venue for dissemination of information and deliberations at the leadership centre that will be located at the 1,000-seat convention centre.

Close to the convention centre will be a first-class 300-bed five-star hotel to comfortably accommodate visiting scientists and their guests during the course of their deliberations.

He added that the project will also invite various technologists from all parts of the world, who will implement manufacturing capabilities for common drugs that are in great demand in Kenya and other parts of Africa at much lower prices than what is currently charged.

PROFITS
“This is a model that has worked in other developing countries like India and China and we expect it will work as well in Kenya,” said Dr Njoroge.
He added that the project will seek to utilise profits derived from both the hospitality and manufacturing efforts to establish drug innovation research centres, whose sole objective will be to incubate small African biotechnologies that will eventually discover novel medicines that will cater for unmet medical needs both in Kenya and rest of the world.
Dr Njoroge is a well-known published researcher with over 100 USA-granted patents and 130 publications in peer-reviewed journals.
He said the project’s goals align well with President Uhuru Kenyatta’s big Four Agenda that addresses issues of manufacturing, housing, health and food security.

He added that the project will also collaborate with Kenyan universities in engaging local scientists to harness their knowledge and convert it into commercial benefits.

“We intend to integrate relevant life science disciplines in a cohesive manner with the aim of achieving optimum synergy. We aspire to create an exquisite environment that is conducive to excellent multidisciplinary communication and alliance,” said Dr Njoroge.

ZONING
The researcher now wants the project location to be declared a Special Economic Zone while Nakuru and Nyandarua counties should approve the necessary land zoning.

He added that the government through KenGen should provide access to power at a reduced price while the public works department should provide appropriate infrastructure to the COALS location.

Dr Njoroge also wants the government to provide appropriate security for both local and international partakers as well as favourable terms for international and local investors at COALS project.

Some of the works that have already been done include topographic survey of the land, planting of over 100,000 hardwood trees such as eucalyptus, grevillea and bamboo and drawing of a preliminary master plan.

Dr Njoroge is also expected in April to receive an award as an outstanding Alumnus of Chemistry from Case Western Reserve University.

The prestigious US University said it had selected Dr Njoroge for his exemplary work in research.

“Based on your remarkable career achievements, we would like to invite you to receive this year’s honour at 2020 chemistry awards,” reads an invitation by Malcolm Kenney, Emeritus Professor of Chemistry at the University.

Dr Njoroge will also give a 20-minute talk to students and other scholars at the university on April 28.

Case Western Reserve University is alma mater to some of top scientists in Kenya such as Prof Shem O. Wandiga of the University of Nairobi and Prof Philip Owuor of Maseno University.

This is a very distinguished award as evidenced by the credentials of the first awardee, Paul Lauterbar, a 2003 Nobel Prize laureate.

In 2018, Prof Njoroge was honoured at a banquet in New York for discoveries of drugs that are now used to treat cancer and other life-threatening diseases.

He was presented with a “pioneer award” from Face2Face Africa, a pan-Africa media company, for his sustained impact on science and medicine.

The 66-year-old Kiambu native holds more than 100 patents for his work on cancer and immunology.

Dr Njoroge received his undergraduate degree from the University of Nairobi and earned a PhD in organic chemistry at Case Western Reserve University in Cleveland, Ohio.