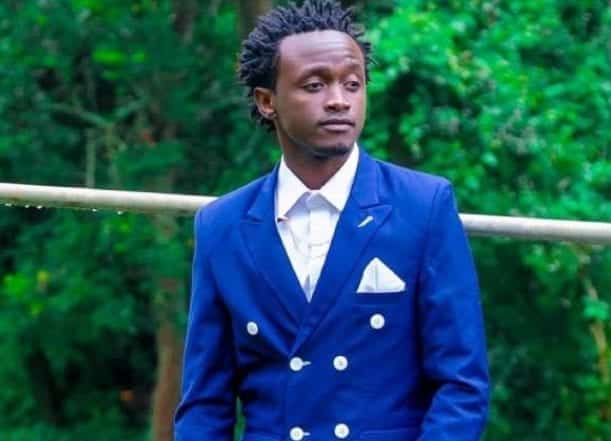 Kenyan singer Kevin Bahati has been the talk of town for the past few weeks over various issues. One, cross-dressing and two, posting a photo of his wife, Diana Marua and asking young Kenyan men to respect her as she is a gem and cannot live in a bedsitter. The post elicited a lot of mixed reactions.

On Monday April 28, the singer said that he’ll become the president of this country and asked Kenyans to address him with respect.

The artist also revealed to Kenyans that the first thing he’ll do once he is sworn in as president, will be to ban Twitter.

“I will be the President of this Country One Day, So address me With Some Respect Mr #Bahati.”

“Twitter is the First thing I will burn (ban) Once I’m Sworn in as the President of Kenya,” said Bahati.

VIDEO: Diana Marua emotional as she reveals being a side…

The singer’s tweets come a few days after he was trolled by netizens for cross-dressing and uploading the video in his social media handles.

In the video Bahati is seen wearing an orange dress and nude heels, dancing to his latest song ‘Nakupa Moyo.” The singer said he was forced to cross-dress for a Tic Tok challenge.

However, in his attempt to get the message across, a section of Kenyans on twitter corrected him for writing burn instead of ban.

A week ago, the gospel artiste announced that he was shutting down his 2015 mega music project, Eastlands Most Beloved (EMB) Records and terminated contracts.

“EMB Records has never been a business. I had contracts because I was hopeful that, someday, they would be successful and, maybe, there would be a return on investment,” said Bahati.