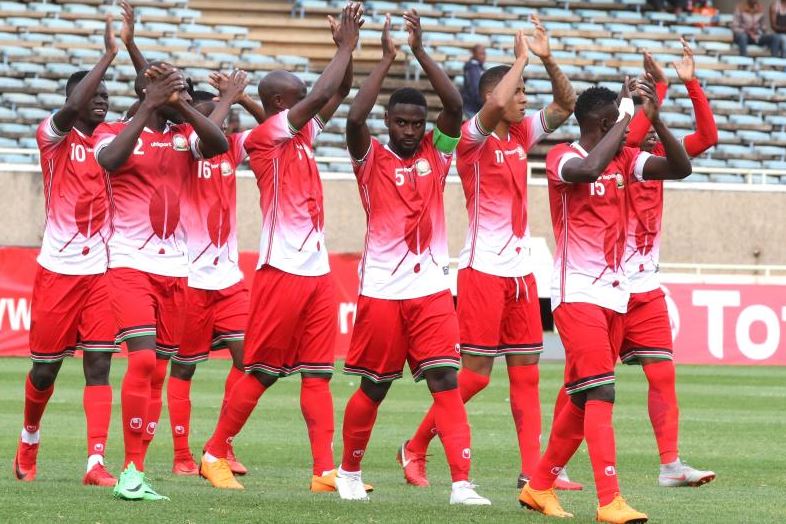 The ex-Gor Mahia and Mathare united player hung his boots from professional soccer after suffering a nasty injury while featuring for the Kenyan National team against Cape Verde in 2015 which became recurrent.

“It got worse while I was in Ethiopia for the Cecafa Senior Challenge Cup. Luckily, I had an understanding with coach Bobby Williamson who limited my playing and training workload’

“When I came back to Norway for preseason in 2016, I did some scans and I was found with a Gilmore groin problem putting me out for a year and a half. The injury was severe as I had problems walking too,” Bwamy told Daily Nation during an interview on April 11, 2020. 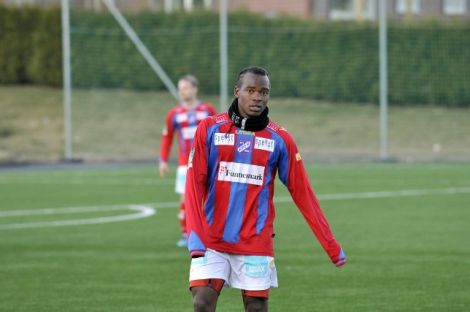 The 29-year-old moved to Norway in 2008 to play for Follo FK after an impressive stint with Gor Mahia in 2007, while he was still a student at Jamhuri High School. Mathare was also eyeing his return at the time.

“The situation was tense since it did not go well with Gor Mahia officials. I had been in Norway twice with Mathare Youth sides and Follo officials knew me and had been following me for a while. One agent from Follo was here during the same time and a deal was struck between Mathare and Follo allowing me to move to Norway in January 2008,” Bwamy stated.

The striker featured only nine times for Harambee Stars before his career was strained by the injury.

“I am happy I got called up by four different coaches. This was a sign that I really was gifted and if not for some injuries and few problems when joining the teams in terms of coming to camp very late as sometimes we had to foot our own tickets, I would have settled in the team,” Bwamy recounted.

“All in all I am thankful to have had my time in Harambee Stars. I trained, played at a high level of football and travelled with the national team representing my country. I have no regrets and I’m happy for everything that happened,” he added.

In 2013, while still playing for Follo, he was permitted to study law after he had excelled in his Norwegian language courses. He attained a Masters in Social Sciences in 2015 and then completed his Masters in Law in 2019.

“I now work full time in Oslo County’s legal department. That’s why I have been away from football for a while and I am happy with the path I took,” Bwamy stated.

Bwamy featured for Follo up to 2019 when he joined Norwegian league top division team Baerum SK. He, however, failed to make an appearance for the club after advice from medics. He was also subject to interest from Kenya Premier League teams but turned them down.

“I have to thank Follo because even though the team, later on, got relegated they retained me. In 2017 I became better and played some final games for Follo and actually captained the team. It was good to be back but I had fitness problems due to the amount of training my groin could handle,” Bwamy narrated.

“Baerum, which was in the top league, bought me but I had a doctor who advised that artificial grounds would aggravate my injury. I ended up not playing for Baerum at all because they play on artificial turf and I could only play safely on natural grass,” he recounted.

Bwamy stated at this point in his life, he was not prioritising football. He conceded that he had not really retired from soccer for he is only 29 and has years left with much to offer, but at the moment he was choosing to keep fit.

The father of one is also a concert pianist during his free time, apart from the regular visits to Kenya and the charity work back home.

“I’m in Kenya a lot and I do small projects with schools and churches when home. I try to sponsor some teams and kids who make contact. This is through donating balls, bibs, shoes, and other equipment,” Bwamy stated. 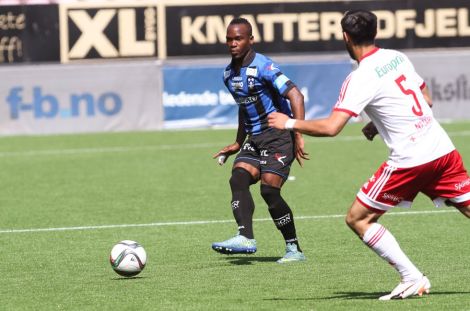 Christian Bwamy (left) during a past match featuring for Follo FK.
By EZRA MANYIBE
Source-kenyans.co.ke

Hilarious Video: Churchill and Eric Omondi in Church but forgot to carry a Bible