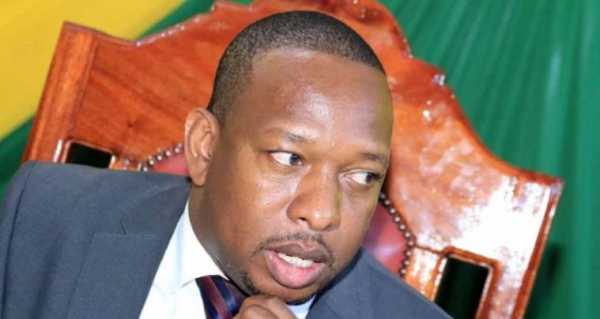 Nairobi Governor Mike Sonko on Wednesday opined on the troubles facing lawyer Miguna Miguna who was ejected from a Nairobi-bound flight.

However, this did not go down well with netizens who told Sonko that he should have called on his team to rescue him when he was arrested in Voi.

Okung Ndege Serikal: If sonko rescue team couldn’t rescue their boss (sonko), how can they rescue a 4-star decorated General?

Sarah GoldenHeart: How I wish your so called Rescue team would have rescued u when u were manhandled and your designer T_shirt worth 54 K was torn leaving your stomach protruding would have helped you Governer Sonko.

Jocelyne Jessica Owili: They should have come to your rescue on that very fateful day you squealed like baby woiye!

Charlie Charles: They need to rescue you first hizo story za kuwa broke usituletee, we have always been broke na hatusubuangi watu, joblessness, city councils harassments, insecurity, what have you done to improve the lives of Nairobians

Sylvester Aura: If they failed to rescue you at the hour of need, how will they rescue Miguna Miguna? Think! Viva!

Gumoh Nyakwar Gumoh: They should rescue you first. I am reliably informed that you are suffering than Miguna

On Wednesday, Sonko accused the Assets Recovery Agency of freezing his bank accounts leaving him broke.

The governor, through his lawyer Harrison Kinyanjui, stated that he is unable to support his family since he is not even in a position to receive his salary.