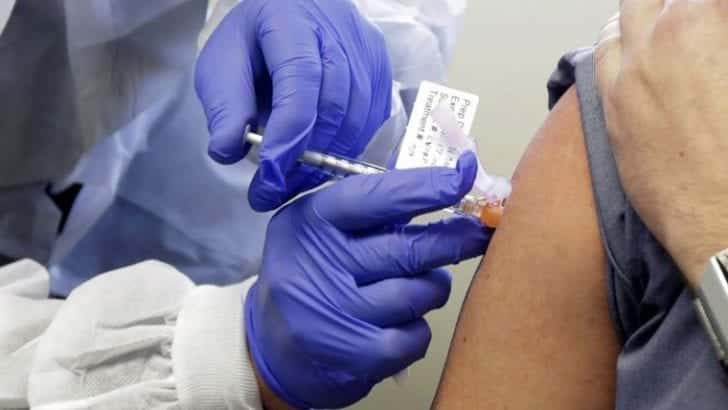 The Kenya Government is not aware of plans by researchers from Oxford University to test out the new coronavirus vaccine trials in the country.

Speaking on Friday, Health CAS Rashid Aman said that the government was yet to receive any official communication on the matter.

“We do not have any communication on this at the moment but if and when we do, there are certain, laid out procedures which must be followed,” he explained

He added: “should the team from Oxford reach out to the Kenyan government, then there is a very robust process to be followed by the pharmacy and poisons board before the vaccine can be approved for clinical trial,”

On Friday, it came to the fore that researchers from the United Kingdom were mulling coronavirus vaccine trials in Kenya where according to them the coronavirus pandemic may very well be on the rise.

The scientists from Oxford University are said to be considering this option if they don’t get early quick results in the U.K.

“This vaccine is known to produce a strong antibody response but that doesn’t necessarily equate to protection. We are going to need many vaccines, there are dozens in development so then we will need billions of doses and expect a huge debate over which countries and which groups of people get the vaccine first,” BBC’s Medical Correspondent Fergus Walsh said.

He was speaking on BBC News at Ten where the show host Sophie Raworth asked for his assessment on how successful the trials could be.

Walsh responded saying there is need to be careful not to overpromise just because of desperation for the vaccine to work.

However, according to him, the team in Oxford have a strong record going back 30 years and they have developed successful prototype vaccine against another type of coronavirus: MERS, which has done well in clinical trials.

They have also developed vaccines against plague, malaria,” he added.

Questions however abound over the decision to consider Kenya as a location for the vaccine trial despite its low numbers.

As of Thursday, April 23, there were 320 reported cases in the East African nation; 89 patients have since recovered while 14 died from the COVID-19 disease.

“Can their ‘partners’decide for us without public participation in this debate?” Narc-Kenya Party leader Martha Karua posed.

Robert J, an immunologist, added: “This is a failure of good scientific communication, & also a case of one partner is sprinting (in action and communicating) while the other one is still walking. The Oxford collaborating partner(s) in Kenya need to get this conversation going in public. cc @KEMRI_Wellcome.”

Earlier on Thursday, the first human trial in Europe of a coronavirus vaccine began in Oxford in what British media described as a highly significant moment.

Two volunteers, both scientists, were injected, and they are the first of the more than 800 adults–aged between 18 and 55years–who have been recruited for the study.

The first volunteer was identified as 32-year-old Elisa Granato; a microbiologist based at the University of Oxford’s Department of Zoology.

“I am a scientist so of course I want to support science, the scientific process whenever I can and since I don’t study viruses I felt a bit useless these days so I felt that this is a very easy way for me to support the cause. That’s why I’m here and I’m excited,” she told Walsh.

According to the BBC, half the group will receive the COVID-19 vaccine and the other half will get a control vaccine which protects against meningitis but the results will not be known for months.

There are now 2,733,503 confirmed cases of coronavirus around the world with at least 191,177 deaths reported and 751,283 recoveries as per the Worldometers website.