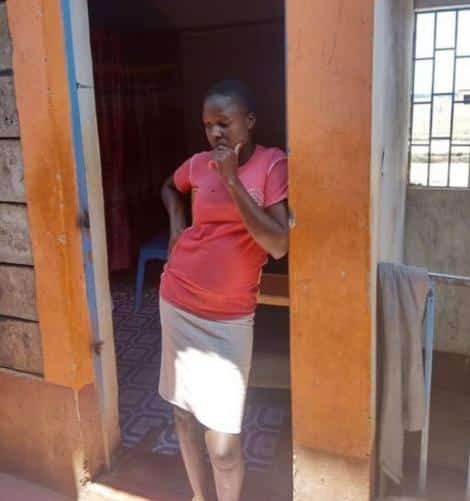 Francis Kamau a landlord in Witeithie, Juja has resorted to extreme measures of removing all doors for tenants who defaulted on their rent.

Kamau was incensed after tenants failed to pay their April rent and went ahead to break hinges to remove the doors for tenants who had defaulted their payment.

The heartless landlord went ahead to disconnect water and power supply for the tenants who had failed to pay their rent. 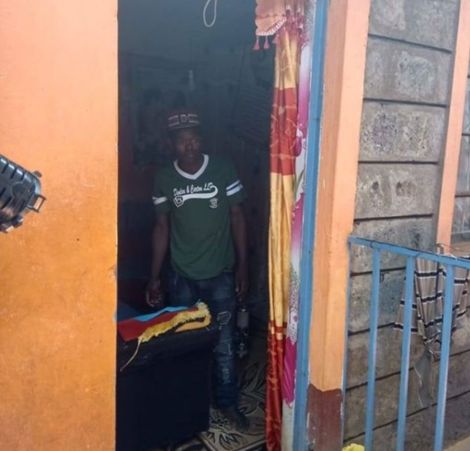 A tenant whose door was removed due to failure of paying rent.

Tenants of Limpopo apartments are supposed to part with Ksh. 3000 as rent which is due on the 10th of every month.

Speaking to People Daily, Ambrose Ondero was taken aback by the landlord’s actions, “I came on Monday evening only to find my single-roomed house broken into. I called the landlord but he was offline.

“I later called him but he has never picked my phone since. The deadline for payment of rent is date 10th and we are not yet there. This is outright inhumanity.”

Obero who is a carpenter added that he has been forced to use a curtain as a makeshift door, a situation that has made him miss work due to fear of being robbed.

“We are only using curtains at night to cushion us from the unfriendly night weather. With kids, the situation is even worse.”

Kamau admitted to committing the heinous act but contradicted the tenants who said they only defaulted on April’s rent, “They have not paid their March rent and cannot wait any longer.

“I broke into their houses so that they can leave my premises completely. Now that they haven’t left, I will get rid of their houses iron sheets probably before the end of the day.”

This comes despite President Uhuru Kenyatta urging landlords to bear with tenants during the Covid-19 pandemic.

“Those property owners who have reduced or agreed to work terms for the monthly rent in order to provide roofs over the heads of vulnerable brothers and sisters and in this regard.

“I wish to urge all others to emulate this great example and not put our people in even more vulnerable situations as we face this current pandemic.”