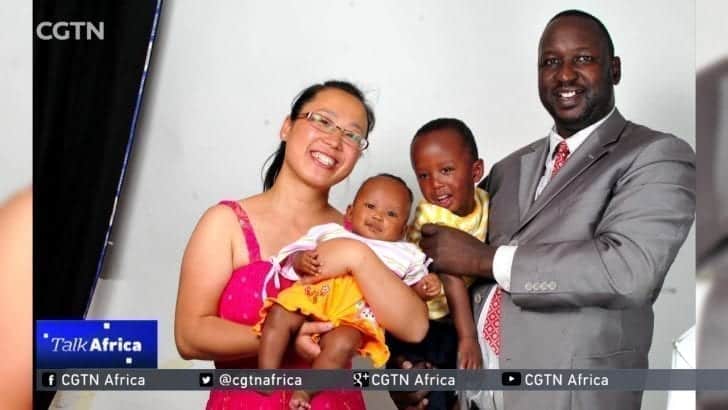 As Chinese and Africans get more opportunities to interact with each other following growing multilateral ties, many become friends and even fall in love. So how do the cultural differences feature in their relationships? Or are the differences over-exaggerated; could there actually be more similarities than differences? In this special program, Talk Africa invites two Chinese-African couples, to demystify what happens when Chinese meet Africans.

Would you consider an inter-cultural marriage? And how would you make it work? Henry, one of our guests, said: The key to maintaining a happy marriage is for the wife to make daily decisions and for him to make the most important ones, which however, he hasn’t done during the ten years’ of their marriage. What would be your answer?

African-Chinese couples on the rise in Guangzhou, China

In China, parts of the southern city of Guangzhou have become a melting pot of Chinese and African cultures. The number of marriages between African immigrants and local Chinese has been on a steady rise. By CCTV’s Audrey Siek-CGTN Africa

The challenges faced by African-Chinese marriages

Parts of the southern city of Guangzhou in China have become a melting pot of Chinese and African culture. Nowhere is this more visible than in the growing number of marriages between locals and Africans. However, for the African population in China, fitting in and making a life in a foreign country is not so easy. CGTN’s Wu Lei talks to some of them about life in their new country.CGTN

The program focuses on China-Africa cultural exchanges and tells the story of three Sino-African friendships: Liu Chen, who is looking for Chinese root culture in African music, and her Senegalese husband, Billy, volunteer in the Seychelles Ministry of Housing and Construction, Wei Yina and her project. Manager Jeffrey, a friend of Liu Jiarui in Kenya and his friend Almady. They represent the future of China-Africa relations.