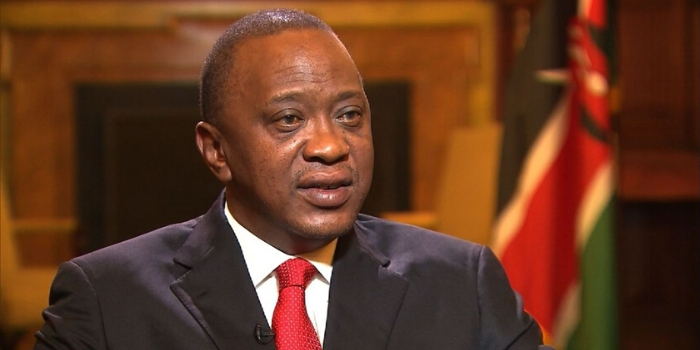 A section of politicians have ganged up against President Uhuru Kenyatta, urging him to fire his entire Cabinet after Moody’s, a US multi-billion credit rating agency warned Kenya against taking more loans.

On Thursday, May 7, Moody’s revised Kenya’s credit rating outlook to negative, signalling that its next review could rate Kenya much lower if the situation prevails.

It also warned that the rating meant Kenya was flagged as a country that can easily default loans, which may have an impact on Kenya’s borrowing ability as she may be denied loans.

“While Kenya does not face acute financing pressures, the severe tightening of financial conditions will challenge the government’s ability to meet larger gross financing needs without an increase in borrowing costs that would threaten medium-term fiscal consolidation efforts,” a statement by Moody’s stated.
More Related Stories
NEWS

It also stated disclosed that Kenya has an obligation to pay debts and she may need to spread its payments of external loans.

Amani National Congress politicians, under Musalia Musavadi, heaped the blame on Kenyatta’s Cabinet, rather the Head of State himself.

“We as ANC we want to advise President Uhuru Kenyatta to dissolve his entire Cabinet because it has let him down. The Cabinet is not in touch with the problems Kenyans are facing. We are not blaming Uhuru, as ANC, we squarely heap the issue on the Cabinet for failing to advise the president,” Lugari MP Ayub Savula stated while addressing the media on Saturday, May 9.

Savula argued that Mudavadi, who once served as Finance Minister, has numerously advised Kenyatta to form an agency that would oversee Kenya’s debt.

“Mudavadi has always urged Uhuru to formulate a policy and table it in parliament to create what we call a buffer zone between Treasury and the institution that will manage the debt.

“He has advocated for the creation of an authority to manage debt, dubbed, the Debt Management Authority, which would be independent of the Treasury. The president should create a new cabinet that will work on economic stimuli,” Savula proclaimed.

On Saturday, May 9, reports surfaced that Kenyatta was working towards reviving the economy, and was set to appoint Orange Democratic Movement leader, Raila Odinga, as Chairman of the Economic Recovery Team.

Odinga is poised to have an office at Harambee House, which houses Kenyatta’s official office, and will also have Cabinet Secretaries, Chief Administrative Secretaries (CASs), Principal Secretaries (PSs) and parastatal heads report to him.