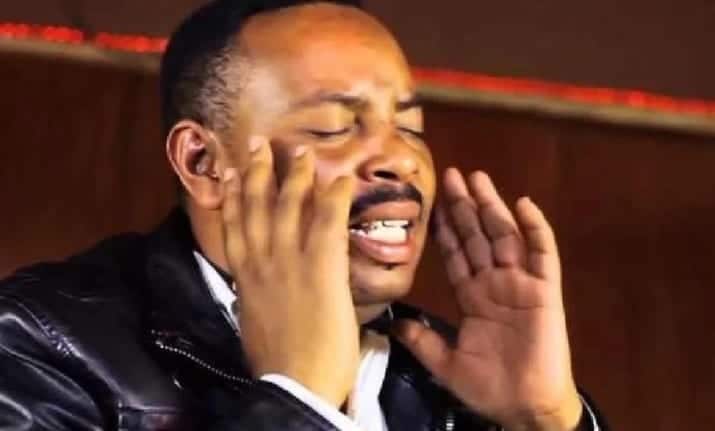 Tano Tena star Ben Githae has revealed that he strayed from his marriage and fathered three children. Speaking to Radio Maisha’s Billy Miya and Mbaruk Mwalimu, the gospel singer buttressed his 2019 admission that he cheated on his wife of 18 years. “The truth is I have three girls, among them, are twins. It is no secret,” said Githae. Taken to task by Massawe Japanni over the affair, the Timiza Maono crooner a year ago narrated that his relationship with his then-lover, Margaret Wanjiru – the mother of his twin girls, almost tore his marriage apart.

Githae pointed out that he could put a finger on the date the affair started and reiterated that he had since made up for his mistakes and was working on his marriage. “I don’t recall exactly when the affair started. The truth is I strayed. I failed. It affected the relationship I had with my wife. Before news of it broke, there had been pressure.

The pressure had been exerted for years not months. My wife knew about it and we sorted it out some of the issues at a family level; others, we chose to live with. When the baby mama (Margaret Wanjiru) went public, all I can say is that there had been threats that were eventually implemented. That is how you, the public, came to know about it,” said Githae at the time.

According to Wanjiru, however, the two dated for five years before she went public after the singer disowned her when she got pregnant in 2016. Wanjiru, in an interview, claimed that Githae supported the twins until 2018 but later made a U-turn when she threatened legal action. She added that the twins were not the only children he sired and claimed that he has another seven-year-old.

“I refused to get an abortion, he then sent people to kill me, and they beat me up until I was admitted at the hospital. I got scared and felt Githae would one day kill me, so I opened up to my mom who did not know I was pregnant.

I told her if they ever find me dead, they should know whom to blame. When the thugs attacked me, I recorded a statement at Kasarani Police station but my mother told me I should do away with the case so we don’t tarnish his name since he is a celebrity,” she told Tuko.

Claims he vehemently refuted. “Contrary to what Wanjiru says, I have constantly featured in the lives of our girls. I have always taken care of them,” he told eDaily. “I have been taking all the responsibilities. I have been paying the house rent for her, doing everything for her.

This woman is out to tarnish my name.”  Speaking in January 2020, the songbird disclosed that the affair caused him embarrassment and explained that though the affair forms part of his past, he refuses to be defined by his failings. “I became a laughing stock but I refused to die. I remained strong. I refused depression. I prayed for forgiveness from family, friends and the public. Most forgave me but a few keep reminding me of that bitter past. Believe the report of the Lord for He is a God of a second chance. Be resilient,” he added.