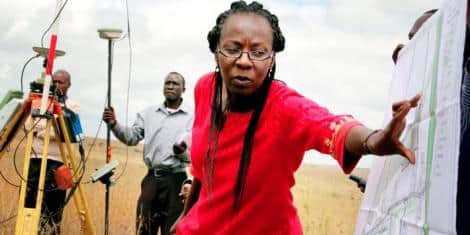 A Kenyan was on Monday, August 3, appointed by the World Wide Web Foundation to spearhead the clean up of the internet.

In a statement, the foundation, which was founded by the World Wide Web (WWW) inventor Sir Tim Berners-Lee announced the appointment of Dr Catherine Adeya as the Web Foundation’s Director of Research.

“We are delighted to announce the appointment of Dr Catherine Adeya as the Web Foundation’s Director of Research. She will lead and coordinate a research team dedicated to interrogating and understanding the most important barriers to achieving our vision of a web that is safe and empowering for everyone.

“She will sit on the leadership team, playing a critical role in shaping the future direction of the organisation,” the foundation announced.

Welcoming Adeya, Adrian Lovett, the president and CEO of the foundation stted that she has demonstrated her prowess in understanding technology matters.

“Dr Adeya has demonstrated throughout her career a deep understanding of the power of technology and the web to drive profound social change, rooted in robust and insightful research.

“She knows firsthand that governments, companies, civil society and the academic world all have a part to play to achieve the vision of the web as a public good for everyone. I’m thrilled to be welcoming Catherine to the Web Foundation leadership team,” he stated.

In her acceptance, Adeya vowed to push for the web to be a resource for good.

“The push for the web’s power to be a force for good and the need for meaningful connectivity resonates with me. The Web Foundation offers a thinking place that permits me to reflect more thoroughly on experiences, and make sense of what an ICT researcher working on frontier-breaking ideas would need in order to break through the powerful mindsets that are nervous about change they cannot control.

“Today, it is clear the web is a lifeline and we cannot afford to leave anyone behind. Reassurance will only come from evidence-based research; and I am privileged to contribute to this,” she stated.

She is expected to assume her role on August 17, 2020 and will be based in Nairobi.

Adeya has over 20 years working in technology and development with her most recent achievent having been leading the development of the East Africa Centre for Internet Governance and Policy (CIGAP) at Strathmore University in Nairobi.

In 2013, she was appointed by then President Mwai Kibaki, as the founding CEO of the Konza Technopolis Development Authority.

World Wide Web Foundation was founded by Berners-Lee to advance the open web as a public good and a basic right.

The foundation tasks itself with delivering digital equality by securing policy change through influencing relevant policies, rules and regulations for a safe web.

Lee is a graduate of Oxford University who invented the Web while at CERN, the European Particle Physics Laboratory, in 1989. He wrote the first web client and server in 1990.